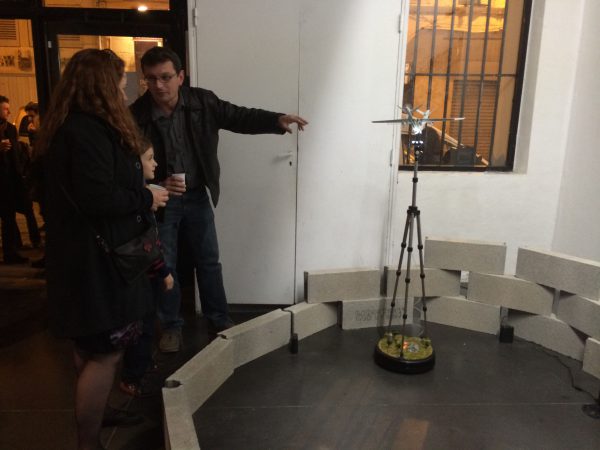 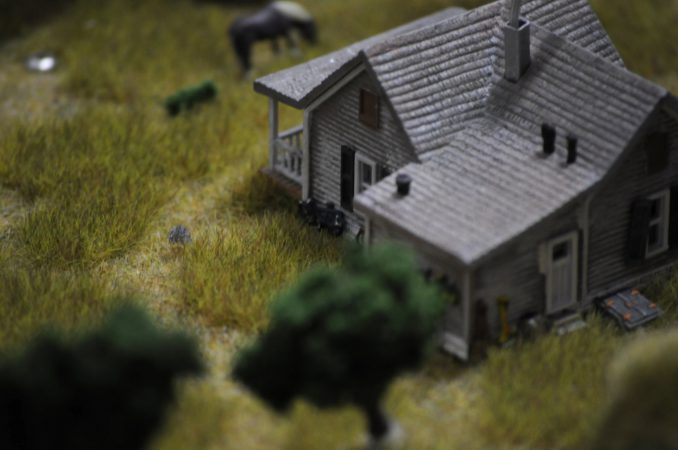 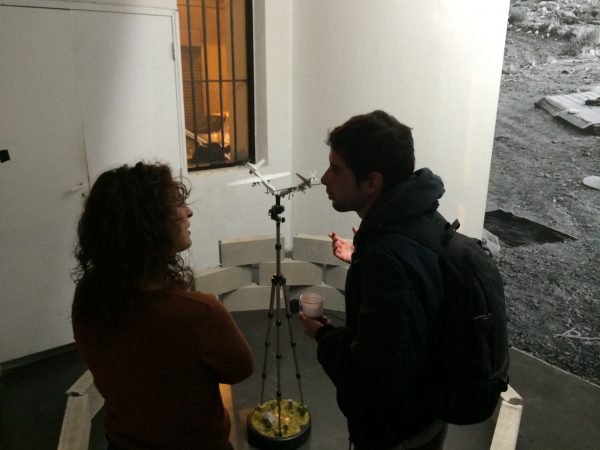 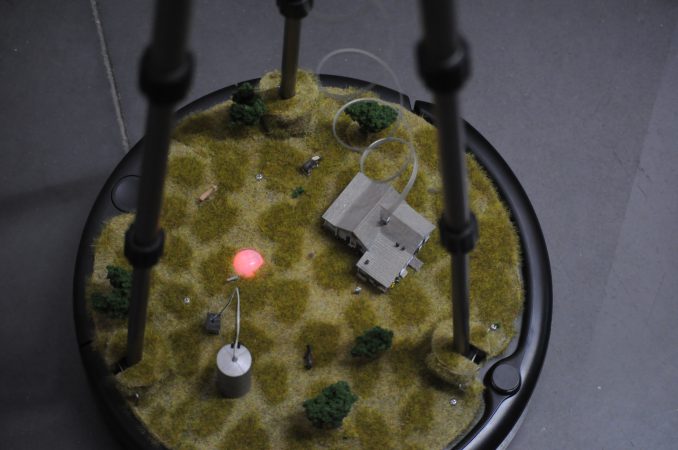 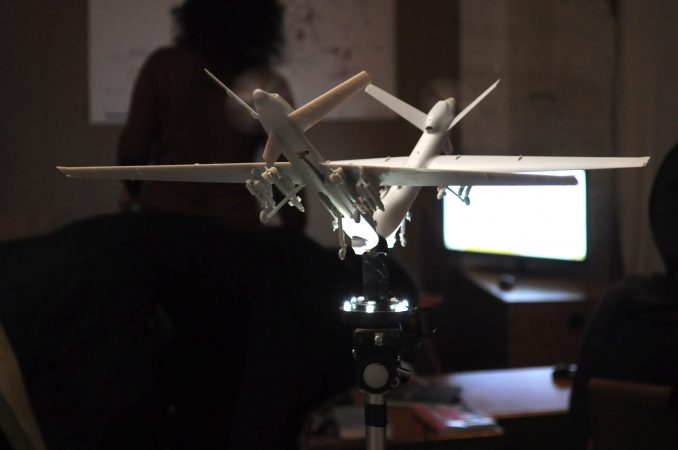 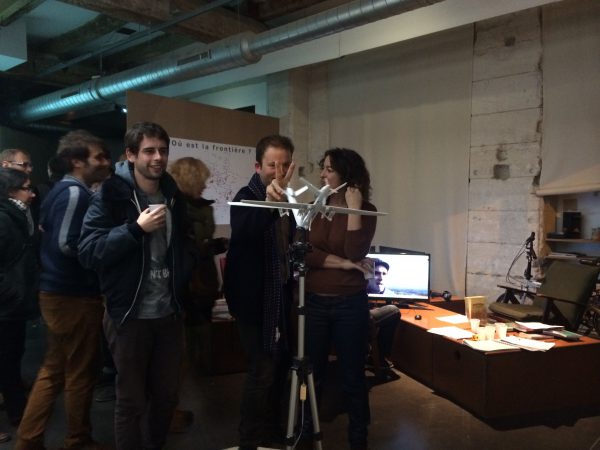 Drone Eats Drone consists of two reaper drones terminally crashing into each other. They are riding around on a hacked and reprogrammed, Roomba vacuum cleaner. On the hacked robot base is a bucolic country house, with mini humans and cows. This rebuilt and hacked portends the coming age of the autonomous drones flying into  our domestic airspaces worldwide.

As many who study technology and the issues of borders know, drones in particular have become the weapon of choice, for nations states to crossing border and carry out undeclared war. These drones and the technology they employ are playing an increasing role in world politics and in particular the military industrial complexes in the United States and increasingly worldwide. Drone Eat Drone: American Scream 2013 was commissioned by Isabelle Arvers and Cedric Parizot at www.antiatlas.net/en/ for an exhibition focused on refugees and borders.

The work questions and challenges the act of continuous war and the affect on civilian populations especially in regions targeted such as Pakistan, Somalia and Yemen where the Bureau of Investigative Journalism (www.thebureauinvestigates.com/) out of the United Kingdom estimates that over a nine year period, out of 372 flights 400 civilians were confirmed dead, 94 of them children.

As lobbyist work to fund more military robots and we are on the cusp of autonomous drones, which can algorithmically come to decide if a person is an “enemy combatant” of not.

This work critiques and conceptually crashes the business of IRobot know for its domestic vacuum cleaner the Roomba to point that these companies are also massive producers of military robots for our military industrial complex.

This work questions the notion of borders, where a few countries, or businesses who are able o lobby governments can purchase and use these technologies and in the process fundamentally challenge the notion of national autonomy and borders.

The work is itself an autonomous robot, as it uses the intelligence programmed by the artist, who has highjacked the digital programming and logic of the Roomba vacuum cleaner, which shares some algorithmic similarities to military robots.

It conflates the land of other countries with the terrain of your living room (home) and seeks to join and help others understand the relationships between domestic consumer goods (vacuuming your rug with Roomba), the rug and home as territory and the military industrial complexes, which increasingly manipulate, control and create foreign policy, through military robotics and autonomous killing machines.

The brains and microcontroller within the Roomba were hacked and I added another microcontroller on top of theirs to intercept and reprogram the based to respond through sensor input, which look for human movement.

Human movement triggers the work to function with passive infrared sensors mounted on the robot. When work is seeing no movement it returns to its recharge station.

Plug needs to be near ring and  wall cannot be a barrier with this robot.