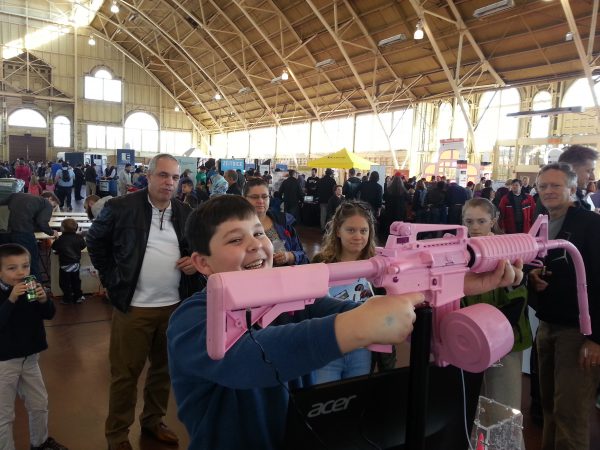 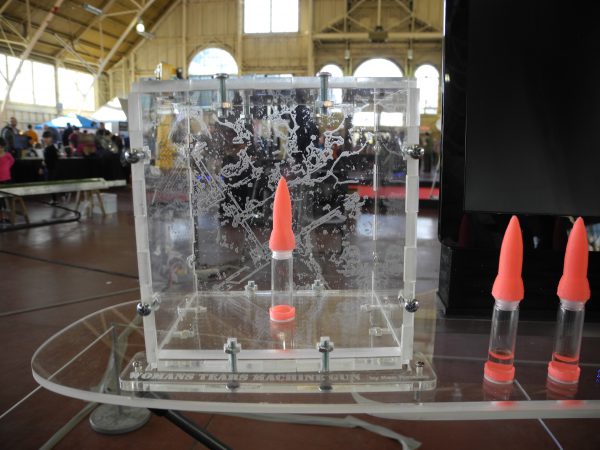 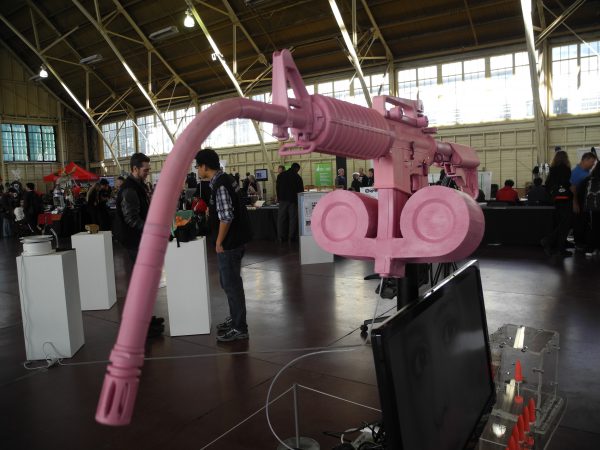 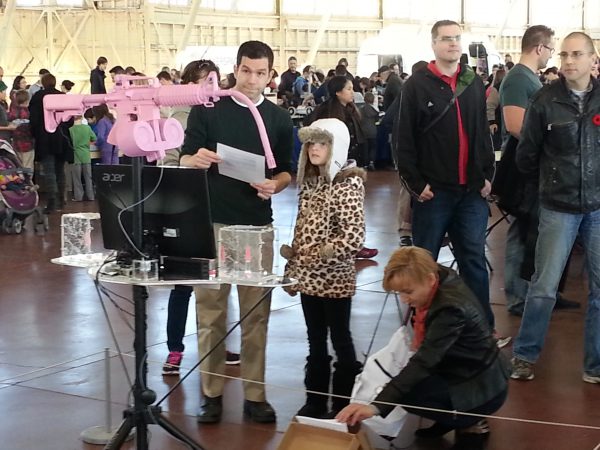 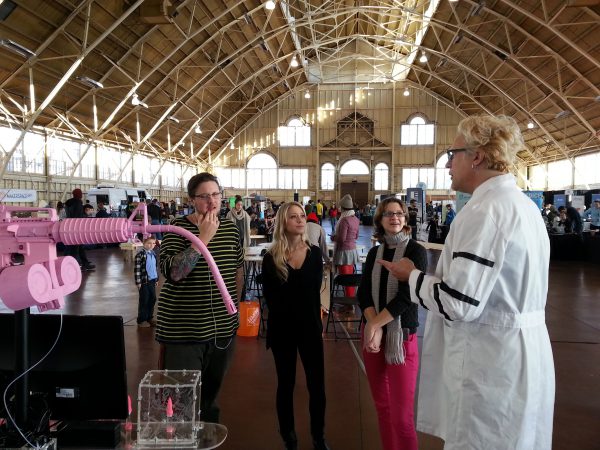 The Woman’s Tears Machine Gun is a gun to end all wars. With bullets filled with woman’s tears, it completely deflates the desire for violence and is the first gun created for peace.  The Defensive Artists Research Project Agency http://www.darpa.us  features artworks and strategies for peace and nonviolence.

A woman’s tears contain chemical substances and when a man sniffs these tears they diminish testosterone by 13%, therefore, a woman’s tears possess chemical signals used to biologically manipulate men, which make tears an evolutionary strategy for survival.

Neurobiologist Noam Sobel at the Weizmann Institute of Science has peered into subjects’ brains using functional magnetic resonance imaging while only sniffing the tears.

When men sniff the tears, their breathing rates, skin temperature, and testosterone levels sank and as high levels of testosterone can be associated with increased possibilities for aggression this is a significant discovery and means of reducing violence.

While some animals use scents and sprays to communicate chemically, such as mice, which use proteins to signal, it was not formerly known that humans expressed chemically with their tears.

They have found that the region of the brain that is generally active and lights up when an individual is aroused, such as the fusiform gyrus and hypothalamus, was diminished when men were exposed to the woman’s tears.

When thinking about this it became apparent to me that tears are an ancient biological weapon and they also represent an actual lesson for non-violent deflationary ways of thinking about conflict resolution and reducing aggression. They may strangely allow the creation of an actual gun of peace.

The woman’s tears machine gun may be the safest gun on the planet as all it can do, is a cry for lost loved ones lost to war and gun violence, though it can also impact the dialogue surrounding the use of guns to resolve a conflict.

There are many different kinds of tears. Crying and weeping tears increase lacrimation because of intense emotional stress, anger, happiness, suffering, mourning, or physical pain. Emotional tears are often accompanied by reddening of the face, convulsive breathing, and at times spasms of the upper body.

Tears brought about by emotion have a different chemical make-up than those for lubrication or cleaning. Emotional tears contain more protein-based hormones prolactin, adrenocorticotropic hormone, and Leu-enkephalin (a natural painkiller) than basal or reflex tears.

The limbic system is involved in producing basic emotional drives, such as anger, fear, etc. The limbic system, specifically the hypothalamus, also has a degree of control over the autonomic system. The parasympathetic branch of the autonomic nervous system controls the lacrimal glands via the neurotransmitter acetylcholine through the nicotinic and muscarinic receptors.

When these receptors are activated, the lacrimal gland is stimulated to produce tears.

I also hope this work will allow a broader audience to dialogue about the use of guns and violence as a means of resolving conflict in both primordial and modern weapons.

For me, the work points to a primordial being, “human,” a layered animal with many ancient drives and communication abilities. The scent is an ancient activator of group action, sometimes surrounding fear or anger. Still, we understand that while anger and fear are great evolutionary strategies for group survival, they become more dangerous when powerful weapons are involved, especially with hair triggers.

Can we look beyond violence as a means of resolving conflict? I think we can recognize violence as an ancient and outmoded human drive that does not create solutions, though it does sew anger and vengeful thinking.

It is interesting that human sweat is also a primordial communications device and suggests that information in people’s sweat helped ancient humans better understand their surroundings.

In our modern world, where we mask and cover up sweating by adding perfumes etc., we often hide our natural smells and, perhaps, mask actual emotional states.

Is the same true of human tears?

A British physician BA McSwiney was focused on the chemical composition of human perspiration. Psychologists and psychiatrists from the State University of New York extracted sweat from the t­shirts of 64 donors. Part of the research was that half of the donors jumped out of an airplane for the first time, while the other half exercised hard. People who sniffed the sweat of scared skydivers became aroused in response to angry faces and neutral and ambiguous ones. Psychologists refer to it as vigilance.

Another experiment conducted by German psychologists and neuroscientists found that sweat from anxious men (who participated in a high ropes course) caused women to make riskier decisions – after spending more time deliberating on their choices – in a computer game designed to assess risk­taking behaviors.”

This work resides at http://www.darpa.us, the defensive artist’s research project agency, and will feature this work and artists working for peace.

This work can be displayed in a slightly darkened room or on the wall. It can also be hung in free space as in the animation above with the mount.