Ken Rinaldo is internationally recognized for interactive art installations that develop hybrid ecologies with human, plant, and animal. These serve as model and experiment for thinking about complex social, biological and machine symbionts that are arising. Exploring critical interface designs allows interrogation of technology as an emergent form with evolutionary survival instincts and self-aware software agents. 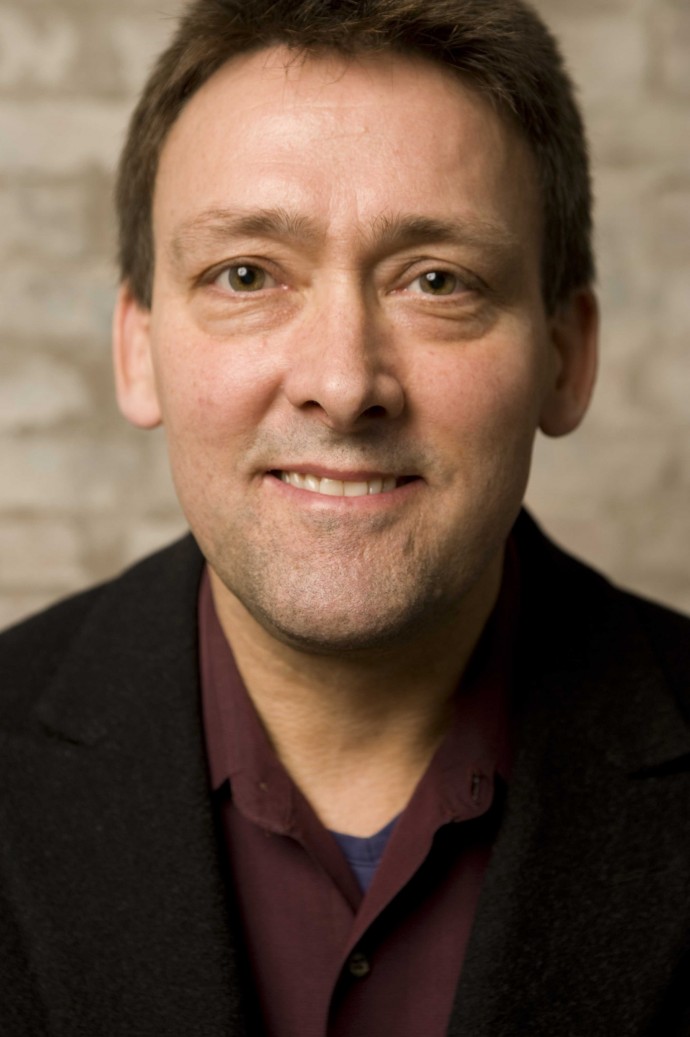 Rinaldo is focused on theories of life, symbiogenesis, trans-species communication and research methods to understand and explore animal, insect and bacterial cultures as we model emergent intelligence as they interact, self-organize and co-inhabit the earth.

Rinaldo was the recipient of an Award of Distinction in 2004 at Ars Electronica Austria for Augmented Fish Reality and first prize for Vida 3.0 Madrid for his work Autopoiesis, which also won an honorable mention in Ars Electronica in 2001. Augmented Fish Reality is a trans-species artwork in which Siamese fighting fish are able to move their tanks under their control.

In 2008 Rinaldo and Youngs were awarded a Green Leaf Award from The United Nations Environment Fund, for the Farm Fountain, an aquaponics project in which fish and bacteria feed plants, which humans then consume. He is the recipient of three Battelle Endowment grants as well as a cultural Olympian for the Vancouver Olympics in 2009, where they commissioned three Paparazzi Robots.

Rinaldo is a member of the Senior Academic Board for Antennae Magazine and author of Interactive Electronics for Artists and Inventors and his work has been featured on the radio and TV internationally including BBC, ORF, CNN, CNET, CBC & the Discovery Channel.  Select publications include: Art and Electronic Media by Edward Shanken, Evolution Haute Couture Art and Science in the Post-Biological Age edited by Dmitry Bulatov, Art and Science Steve Wilson, Inside Art E Sciencia edited by Leonel Moura, Politics of the Impure V2 Publishing, Digital Art by Christiane Paul, Information Arts by Steve Wilson, Contemporary Italy, NY Arts Magazine, NY Times, Art Press Paris, Tema Celeste Italy and Wired Magazine.