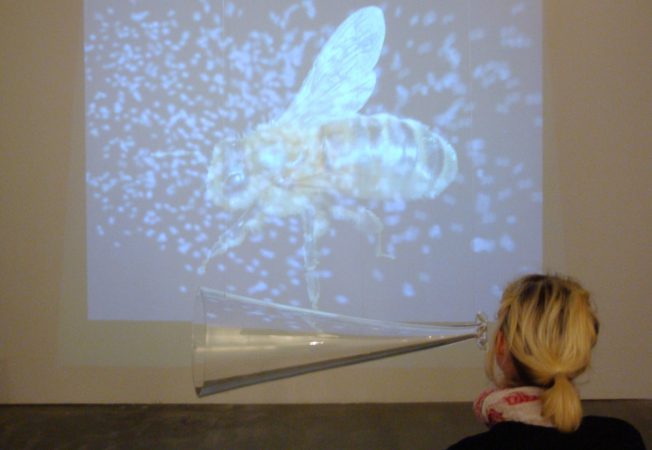 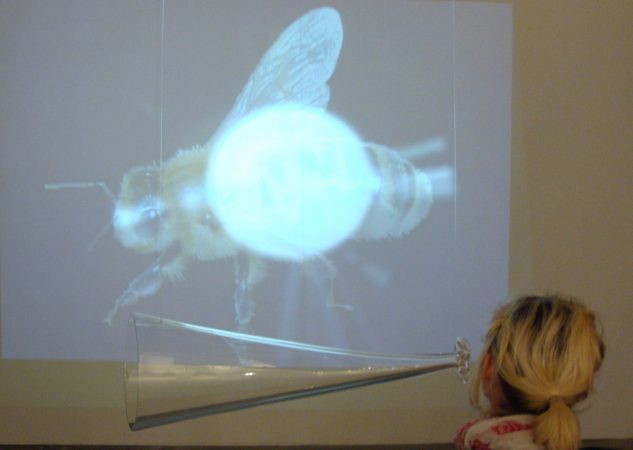 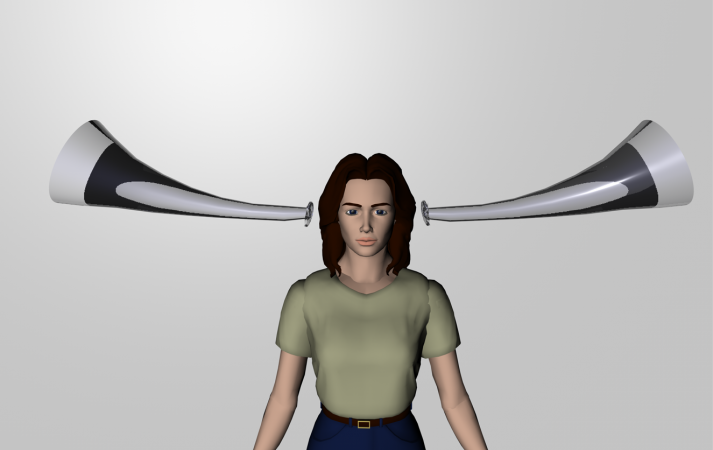 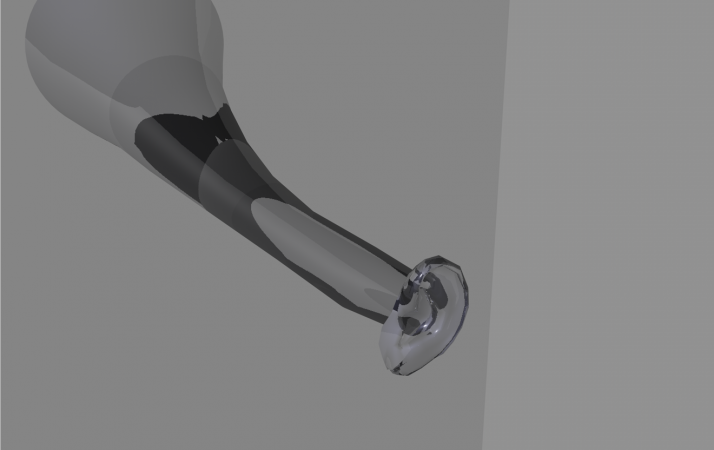 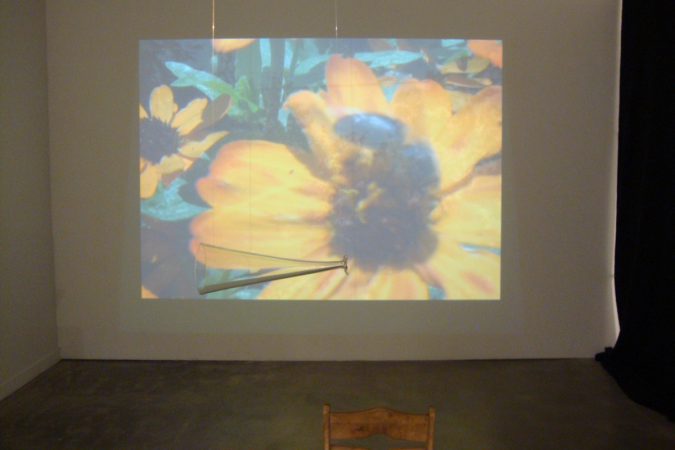 When you put your ear to the delicately sculpted glass ear, you will hear the sound of beehives and amplified networks. These beehives and insect networks pollinate the many varieties of grapes used to produce wine worldwide.

On occasion, the sound of telephone networks, data networks, satellites, planes, trains digital blips add to this buzzing at all scales. 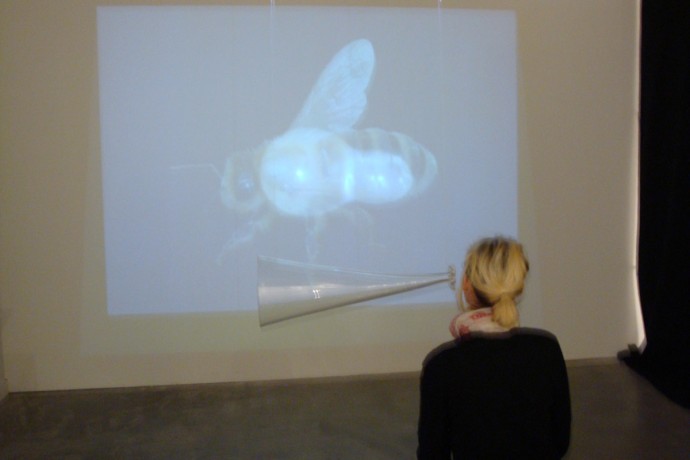 This animation, sound, and glass installation amplifies all networks as they support and are related to the networks of wine producers at the international center of commerce.

The bacterial networks (yeast bacteria and Leuconostoc Oenos bacteria seen as animation) which support the wine fermentation are also made visible, as are the sounds of bees, telephony, and satellite networks, which support this worldwide wine distribution.

While the bee networks buzz and the telephonic networks beep, and the satellite networks autonomously vibrate with human and machinic activity, our digestive systems become part of this network as the ingesting of wine influences and further extends our social networks.

Parallel networks of activity or symbiogenesis of nectar into wine, with creatures large and small, all acting in massively parallel networks of selfish genes, suggest the future of autonomous robotics and software architectures. These symbiotic networks at all scales are the maps to the future and indeed, our autonomous robots are also advancing as a kind of proto species which serves our needs.

They are at the beginning of emergence with crude forms of cognition, though now evolving faster than the biological life that gave rise to them.  This symbiogenesis, self-concerned networks speak to why our robots need to be selfish and serve their needs and our needs as they integrate into our networks of need and desire. 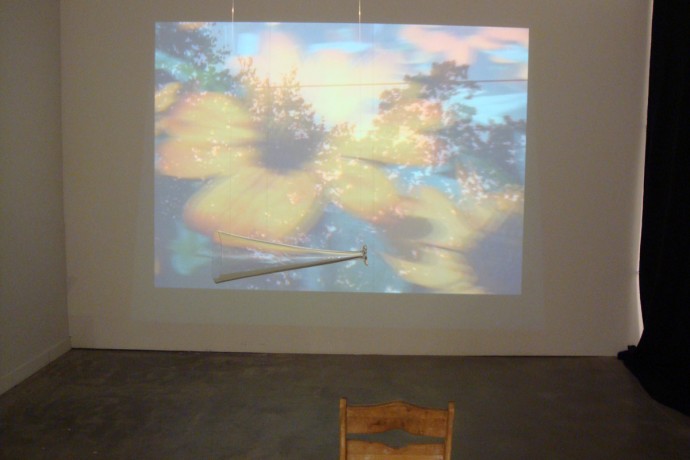 It takes 5 million flowers to produce one pint of honey. The bees and flowers are not doing it for us, but for they’re young.

Indeed, the flowers of grapes producing pollen are also beneficiaries, as are we. The pollen is the food for the bee and the bee’s primary protein and results in the flower’s biogenesis. Many bees have evolved to carry their weight in pollen and nectar, which is lucky for the flower and our wine. A bee’s entire load of nectar fills ½ the bee’s abdomen as it returns to the hive.

As you drink your wine, I think it essential to acknowledge the yeast bacteria, bees, flowers, grapes, computers, and satellites, all autonomous intertwined networks expressing a natural and machine symbiogenesis at different scales.

The animation of yeast cells was produced in Cinema 4D with particle systems. The sound mixing is from various sources, both live and reprocessed in Garage Band. High definition, sound, and animation are all composited in Adobe Aftereffects.

This work was produced at Pilchuck Glass School in Stanwood, Washinton. 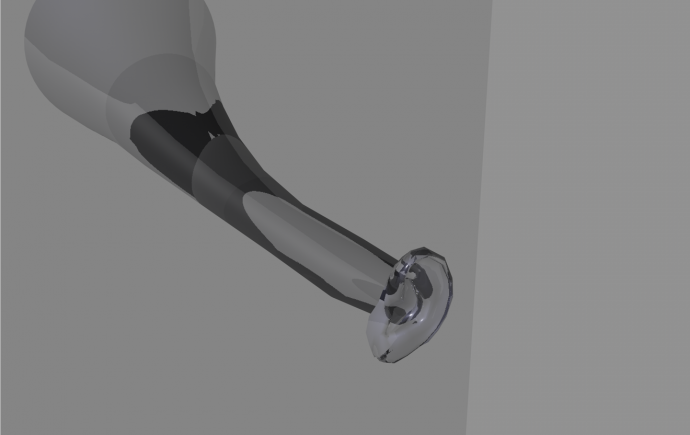 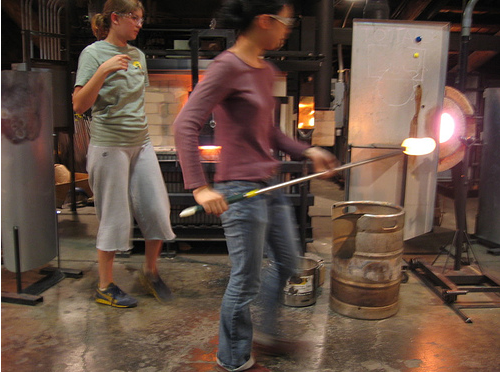 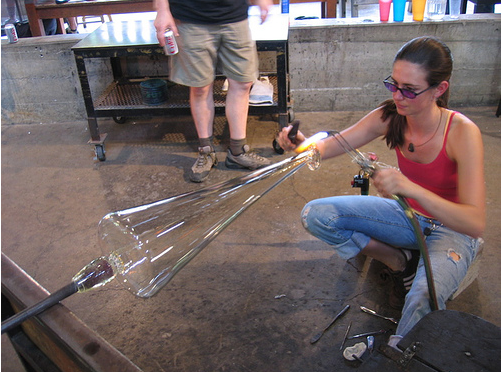 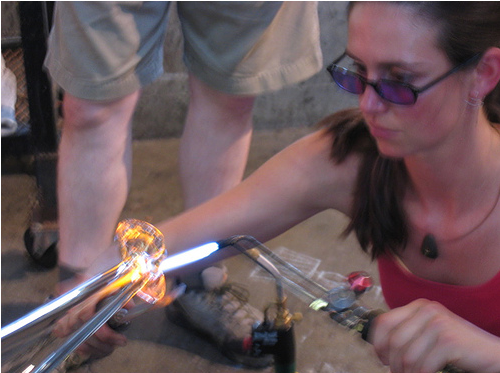 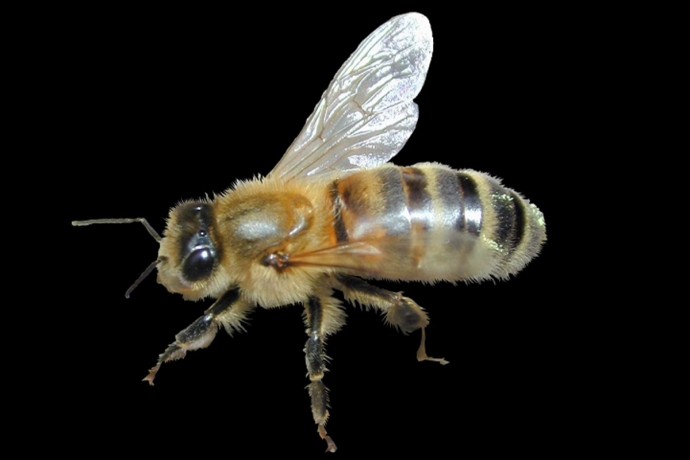