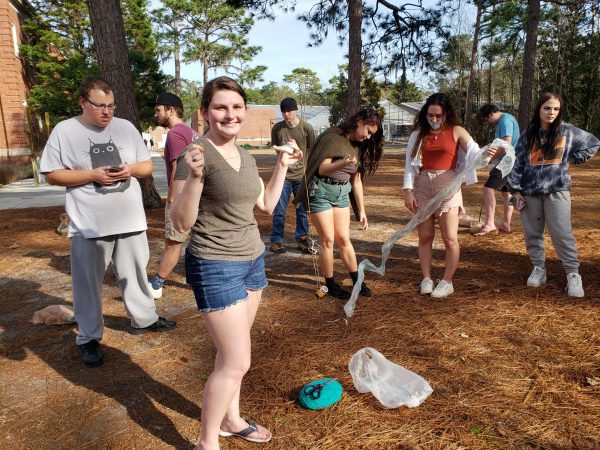 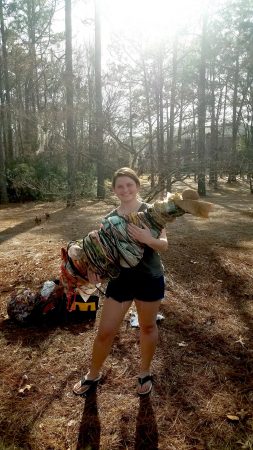 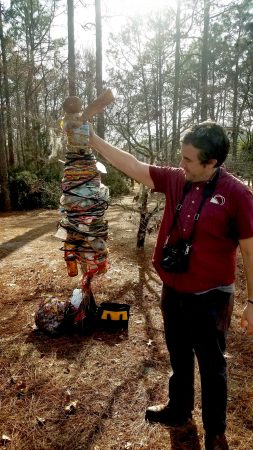 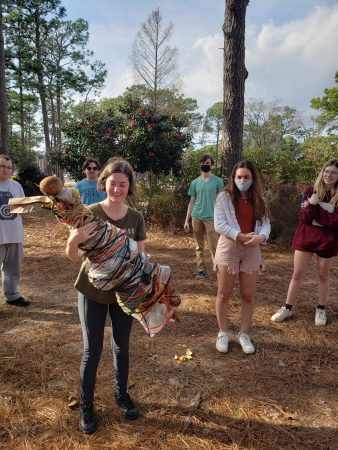 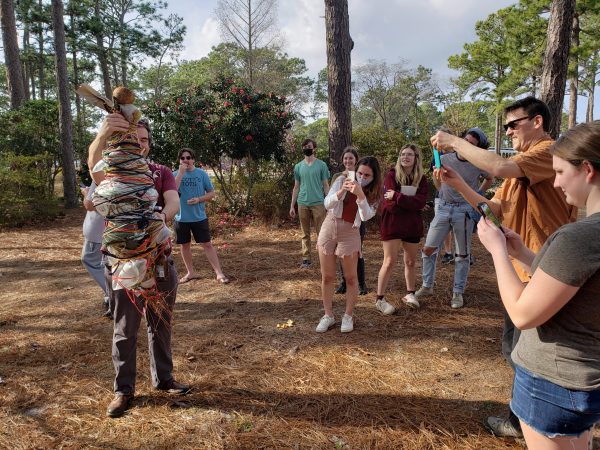 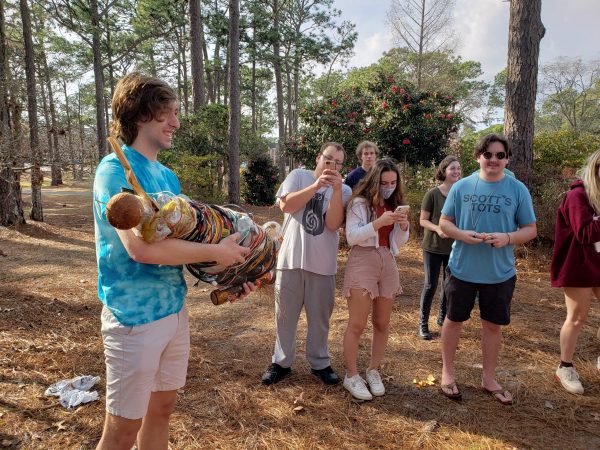 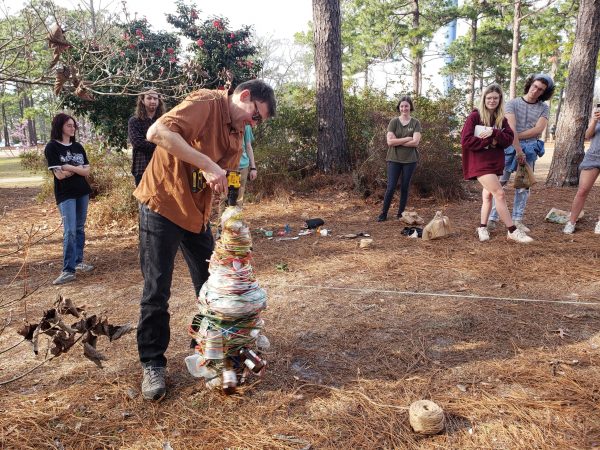 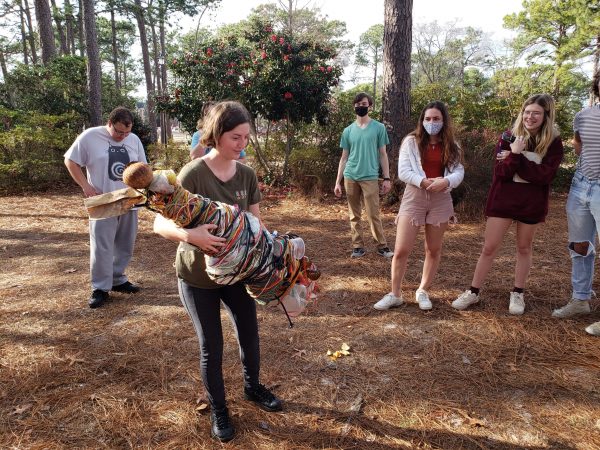 Trash Cocoon is a crowd-sourced intervention by Ken Rinaldo and Amy Youngs to remove waste plastic, paper, cans, and refuse from the streets of North Carolina and turn them into art in collaboration with Professor Gene Felice’s 3D rapid prototyping class.

Each student in the class at the University of North Carolina Wilmington was tasked with going out to the streets around the campus and collecting whatever refuse they could find and bringing it back to the forest green on the campus.

They were asked as they collected the trash to imagine a story of why the human discarded trash onto the street and what circumstances would induce anyone to litter the gorgeous natural surroundings of Wilmington. They were given various lengths of colored yarn and asked to tie the trash to the yarn, as Ken Rinaldo would then use a cordless drill to wrap and encase the trash into the Trash Cocoon.

While this collaborative piece was fun to make, it was simultaneously sad and curative. These students were not the litter bugs; however, as with all plastic and waste refuse, they were forced to take responsibility for someone else’s careless behavior.

In doing so, they became better citizens preventing the refuse from being washed into rivers and out to the ocean only to return to our bodies as microplastics in fish and other seafood.

At first, objects like bottles and cans clanked loudly as the cocoon was being wrapped on a piece of the threaded rod attached to a cordless drill. The work was surprisingly chaotic and tragic as some containers still had food with ants and insects clinging to the sides of their meals.

Other objects like styrofoam and single-use plastic bags were more insidious however were soon crushed as the cocoon was wrapped tightly with the drill.

The bits of yarn were wonderfully colorful, helped dress up the nasty waste containers, and contrasted with the dark act of littering.

Purchasing objects and single-use plastics and then throwing them away signifies a moment in the US and worldwide where we imagine that the earth can continue to absorb our waste streams. However, given plastics are now found in all natural environments, from the bottom of the Marianas trench to the top of mount Everest we realize plastic is now everywhere on earth, including our bodies.

Humans commonly eat about one credit card worth of plastic per week by just eating normally.

As the cocoon was nearing the end, it was surprisingly heavy, and I could barely hold it up with the drill.

One of the students found a discarded coconut, which we placed on the end of the threaded rod. It somehow seemed to put a human head on all this trash and identified it as a mainly anthropogenic problem.

Below are students delivering their stories to Ken Rinaldo and another student holding up the bobbin as it was getting so heavy.

The University of North Carolina Wilmington Wilmington, North Carolina, 2021
Trash Cocoon is a crowd-sourced intervention by Ken Rinaldo and Amy Youngs invited by Professor Gene Felice and the Department of Art.