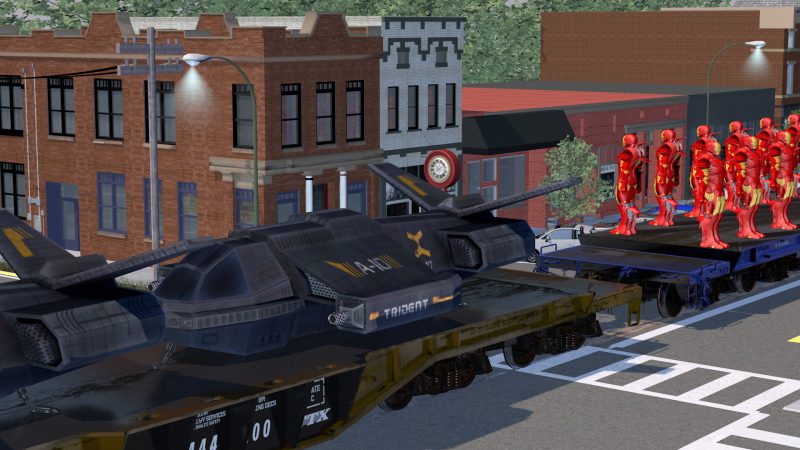 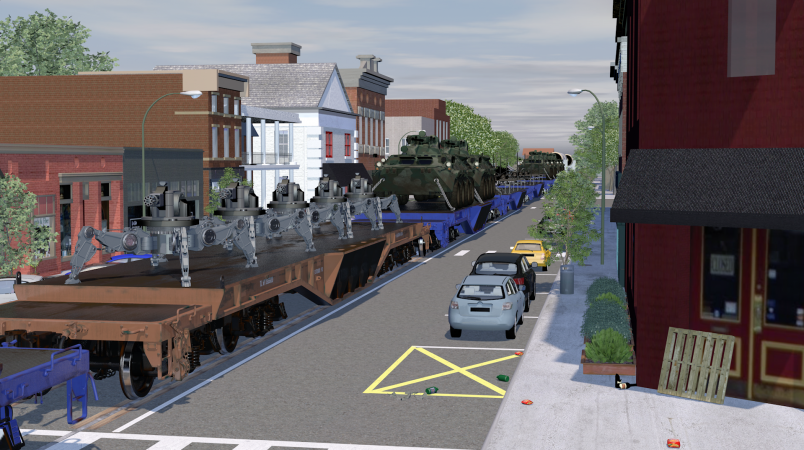 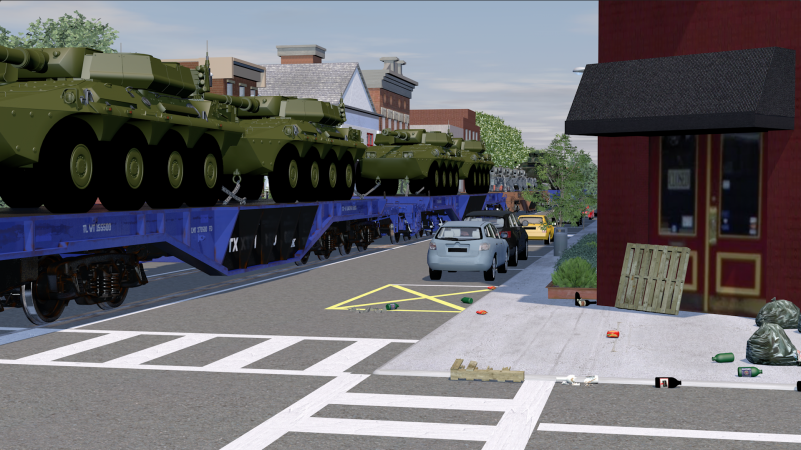 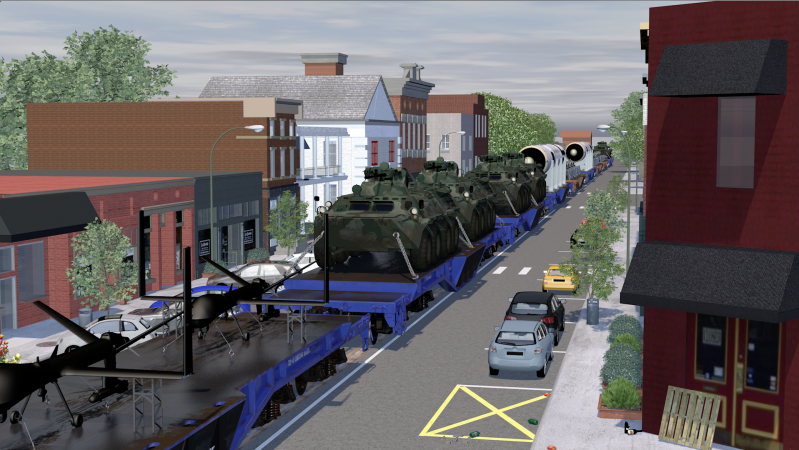 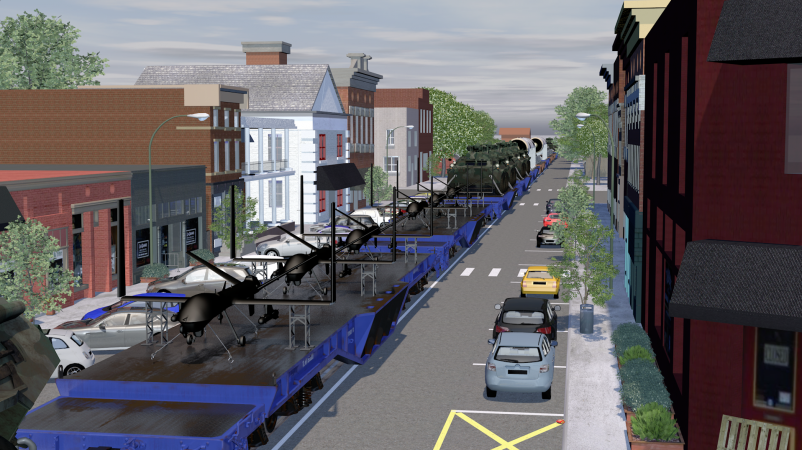 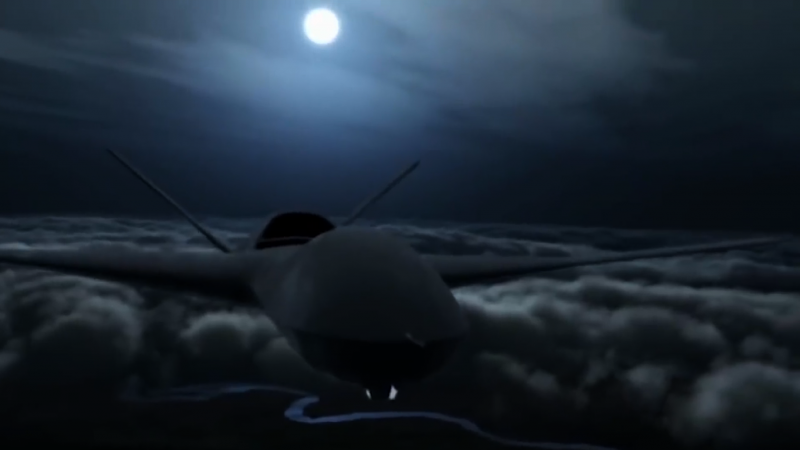 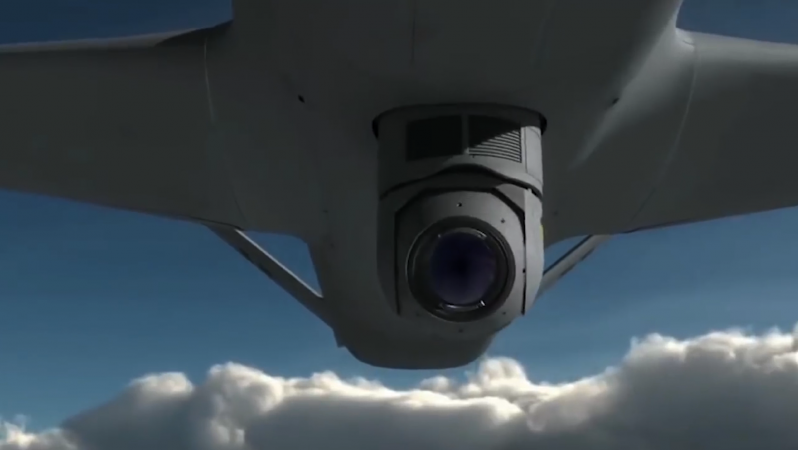 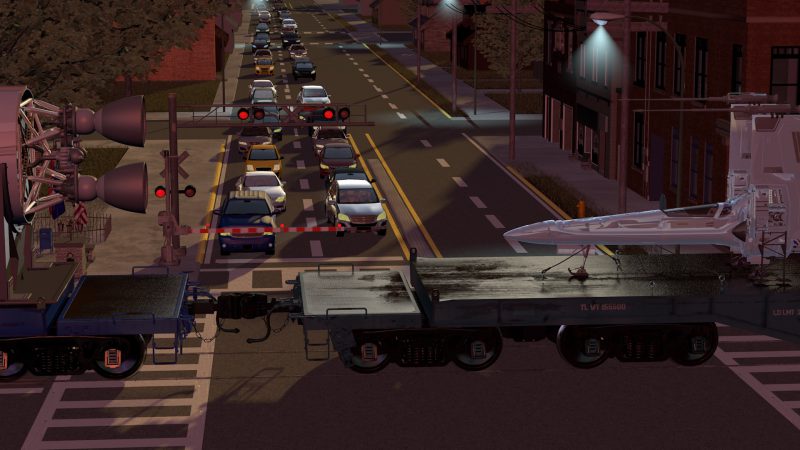 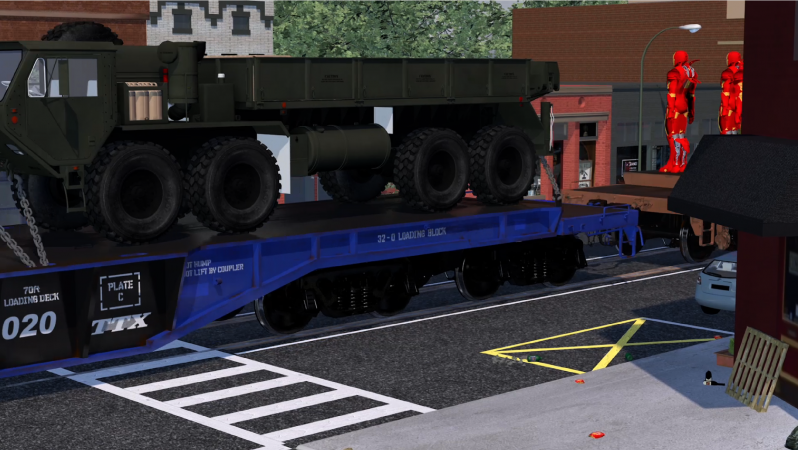 The Continuous War Train is 3D animation by Ken Rinaldo, which is about the US’s obsession with military power, a central part of our economy.  The dominance of our military-industrial complexes and our violent entertainment film industry are all used to sell and support the recruitment of young boys and girls to believe violence is a solution to political disagreements.

The work starts innocently with a colorful train pulling conventional weapons and new robotic and space arms, moving through a midwestern town. In this film, the screeching of train wheels devolve into the sounds of a woman screaming, machine-gun fire, and babies crying as the never-ending train pulls, Humvees, tanks, jets, rockets, missiles, and future space and robotic military technologies, all in the interest of “defense” and “security.”

The continuous war train elements are interspersed with footage of how companies sell military goods, 3D animation allusions to contemporary film superheroes, historical footage of WWII, and eventually actual war footage of current wars on our planet. The soundtrack underscores the animation and live-action, creating an emotionally charged work.

The train is slowly rumbling through a sleepy Midwestern town, and here the real and the imagined are on parade, as sold by contemporary military companies and bolstered by footage of first-person shooter games. Sadly, shooter games are one primary recruitment tool for worldwide militaries.

In this illusory world, all individuals seem to be THE hero. War is presented in an ironic and often heroic fashion.

Contemporary Hollywood movies create motivation for our children, selling the notion of “the hero” and the power of the military machine. At the same time, suicide still remains the leading cause of war-associated death in the US.

At the train-crossing, where red lights are flashing, cars are backed up on crumbling asphalt, and as the train passes, so do night and day. In the far background are a derelict farmhouse in a wheat field and a second-hand shop on the main street. Given military expenditures, this is now where the middle class can afford to shop for clothing and household goods.

The sounds in this animation are composed of train wheels squeaking and thumping on rusty steel tracks,  conflated with human shrieks, women, and babies crying intermixed with the sounds of war and bombs.

This animation comes about amidst the recent announcement of the Trump administration for a new Space Force and is influenced by the American entertainment industry, which is obsessed with violence and war.

Still, the US is not alone, and other countries are also part of this international obsession with developing and using these senseless means of conflict resolution: The numbers below are in billions spent. Sad that the US outspends the next 12 nations combined.

This vision of the US and Russia driving arms sales is also sobering and sad.

The superhero genre figures prominently in the American psyche, and war heroes continue to be celebrated. 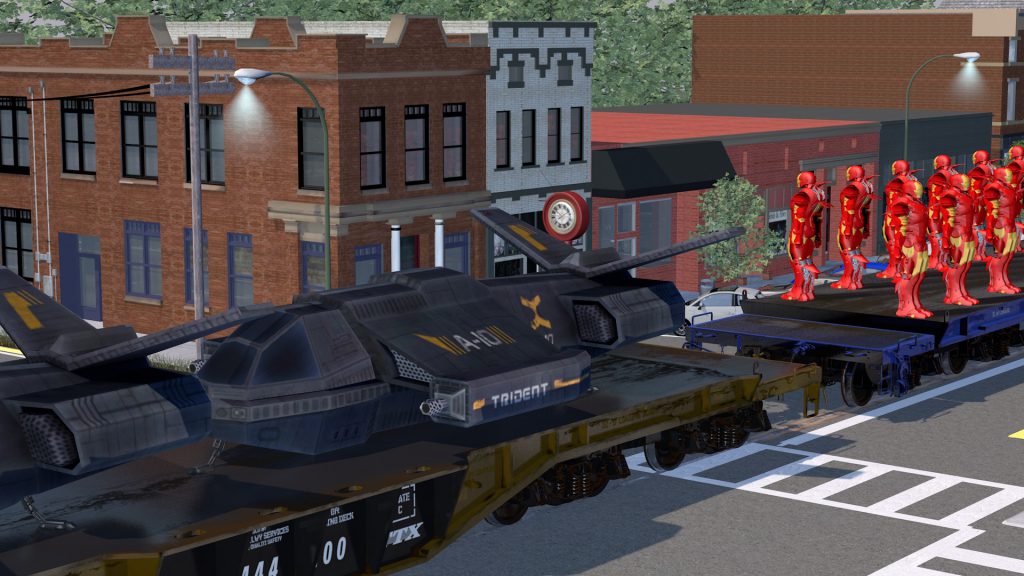 The manufacture of fear, the American infatuation with military might, and the unbridled worldwide military-industrial complexes continue to divert funds from human-centered social needs, like education, food, environment, and healthcare.

America continues to export a means of violence to other nations through our advanced weapons, all in the name of “security” and “defense.” 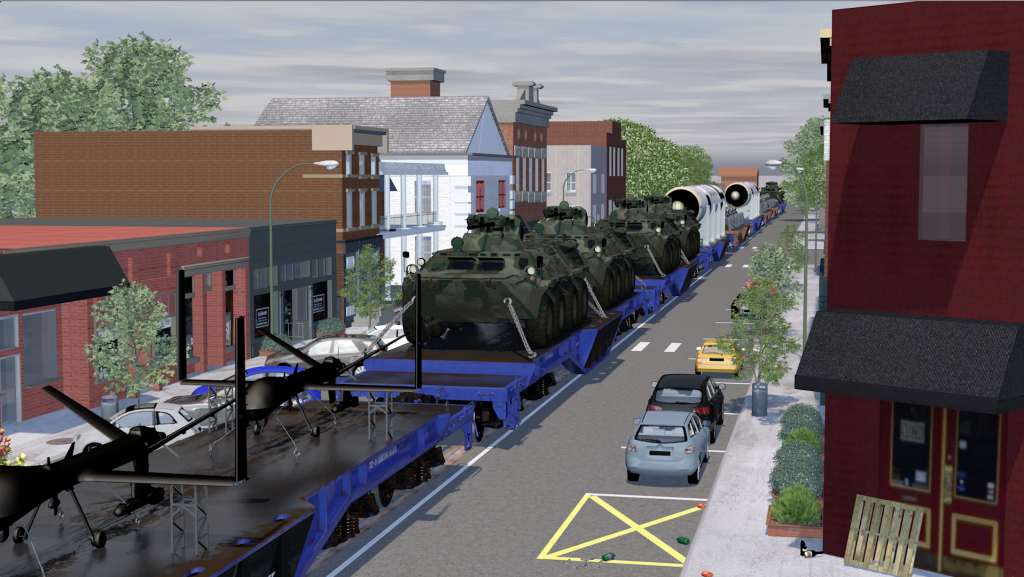 In 2015, the United States federal government budget was $3.8 trillion, with $598 billion spent on the military. Donald Trump proposed an increase in the military of $681.1 billion, about $14,000 for each woman, man, and child living in the United States. The U.S. military budget is higher than the twelve other most massive military budgets in the world combined and more than 54% of U.S. Government discretionary spending. The power conglomerates of the private military and Industrial contractors employ a revolving door. This is not only a republican illness. The U.S. House of Representatives passed a bill on July 14, 2022, paving the way for the defense budget to exceed $800 billion next year, authorizing $37 billion in spending on top of the record $773 billion proposed by President Joe Biden.

Government workers are hired as high-paid board members into these large arms-producing companies, moving directly from government jobs and becoming military lobbyists.

Sadly, this isn’t new, as war is a way of life for most of America. Even if you look only at significant deployments, we have been involved in one war or another for 37 of the last 78 years.

The Pentagon’s numbers show that during George W. Bush’s eight years, he averaged 24 bombs dropped daily, which is 8,750 per year. During Obama’s presidency, the military dropped 34 bombs per day or 12,500 per year. And in Trump’s first year in office, he averaged 121 bombs dropped per day, for an annual total of 44,096, or one every 12 minutes. Under Bidens rule the bombs have slowed significantly given our withdrawal from Afganistan.

We are constantly at war, even as we experience a state of relative peace in our hometowns.

As global warming is now considered the primary threat to national and international health and security and food and water will become increasingly scarce, I believe we need to realign our national priorities and stop this Continuous War Train in its tracks.

We can do this by voting and speaking to values of peace and non-violent means of change.

We can only oppose acts of violence with nonviolent means.

About: Special thanks to Emily Subr, who worked as an intern for this project during the summer of 2018 and the Fall of 2018. She worked tirelessly on the scenes for the town and created many test-renders and scenes in this animation, including the scenes where cars are backing up to the lights. She worked doing and animating trains and cameras. Special thanks to TradeMark Gunderson, who collected sound for this project and mixed in the 5.1 sound, as well as helped me select the composers and sound sequences. Special thanks to Danner Seyfer Sprague, who worked on animating trains and cameras and many test renders. Specials thanks to interns Song Chow and Laura Black, who worked getting military goods placed on train cars and textured mapped other vehicles.

Special thanks to the curator Jun-Jieh Wang who commissioned this work for this former Airforce Base, and assistant curator Ye Ren Yu for his fantastic assistance in getting it all complete.

Thanks to curator Maria Campitelli at Salone Delgi Incanti and curator Antonio Cerveira Pinto New Art Festival 18 who brought this work into their exhibitions.

Henryk Górecki Requiem for a Polka

Krzysztof Penderecki Threnody for the Victims of Hiroshima