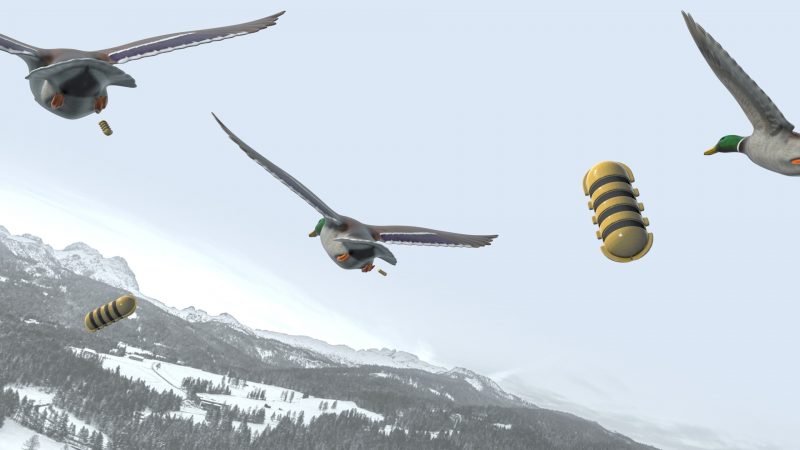 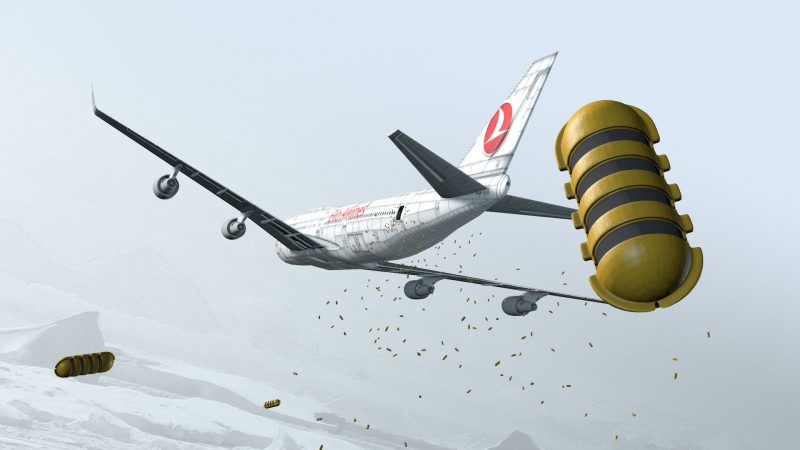 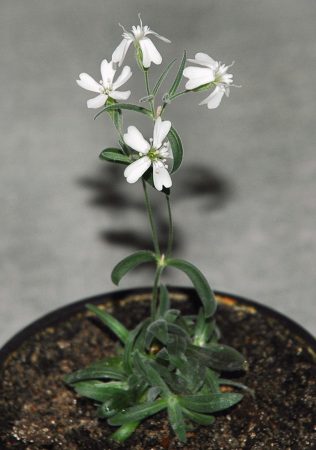 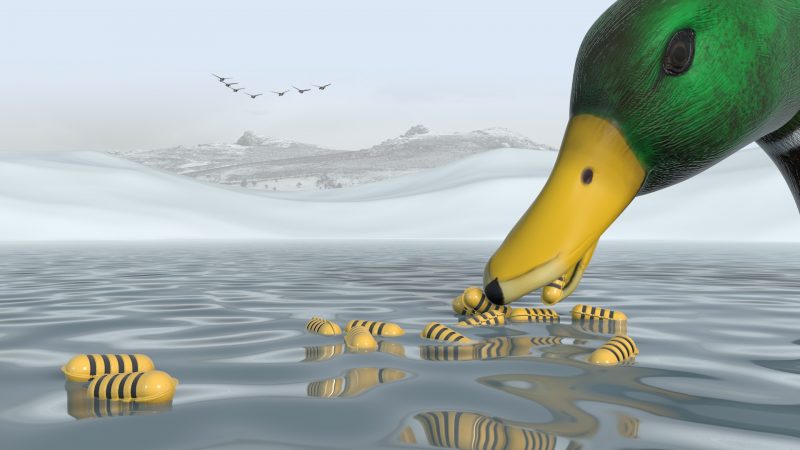 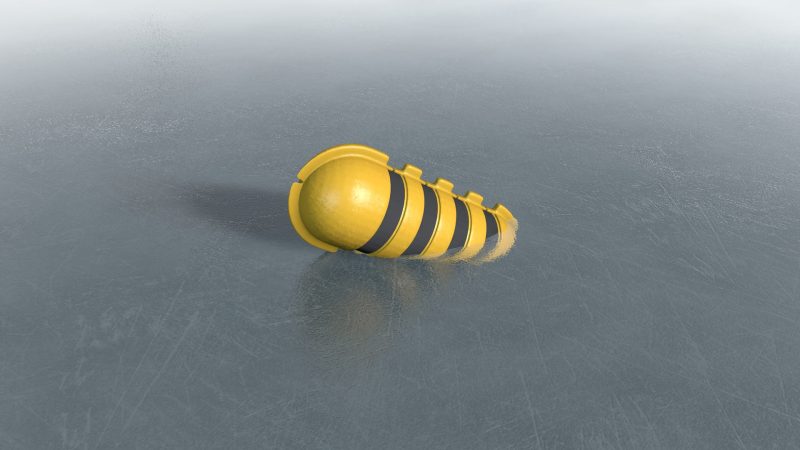 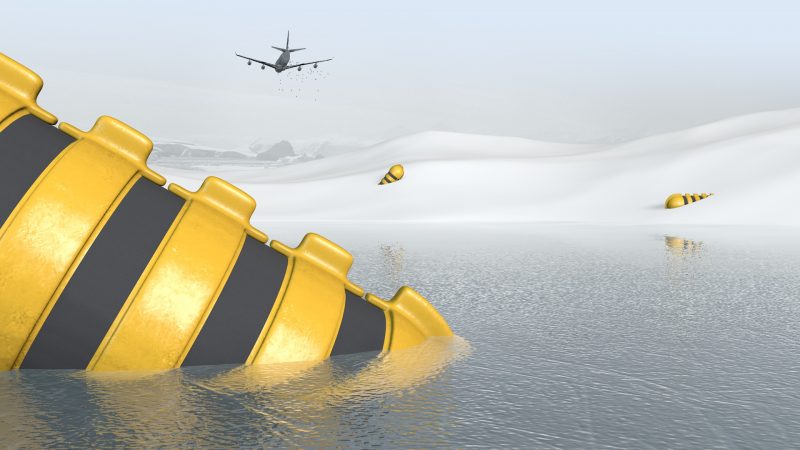 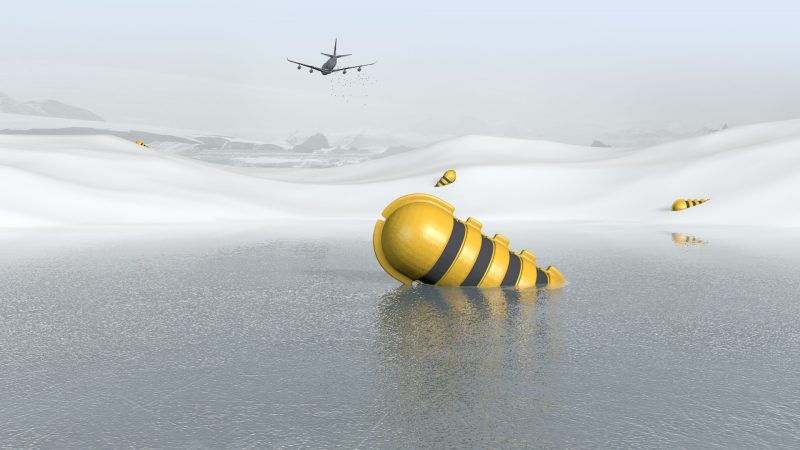 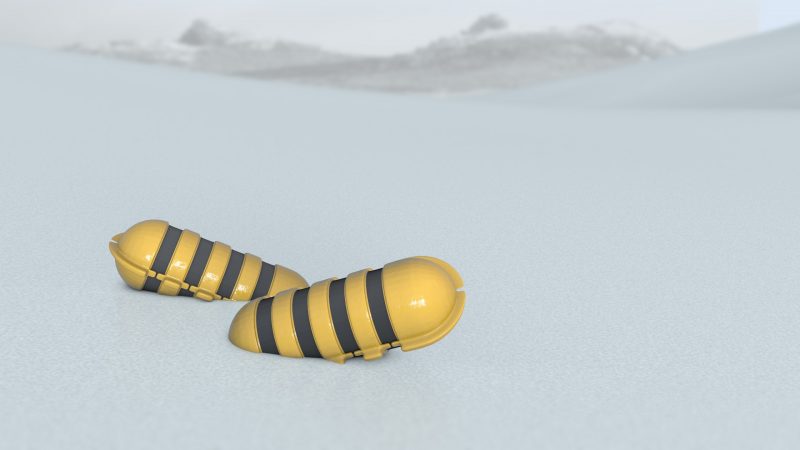 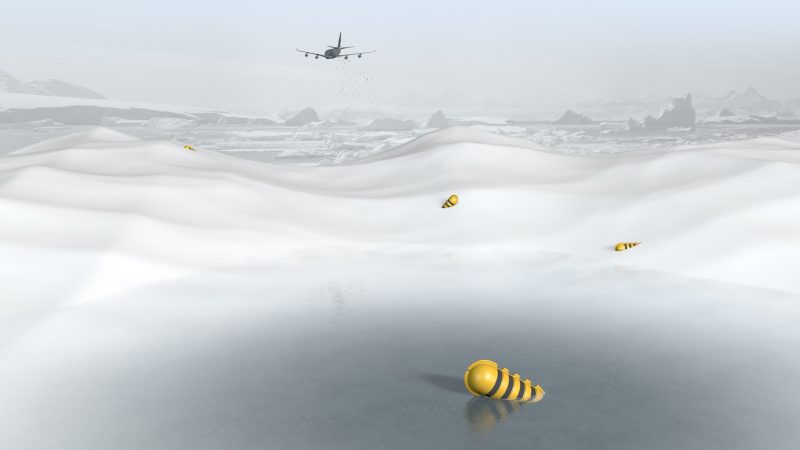 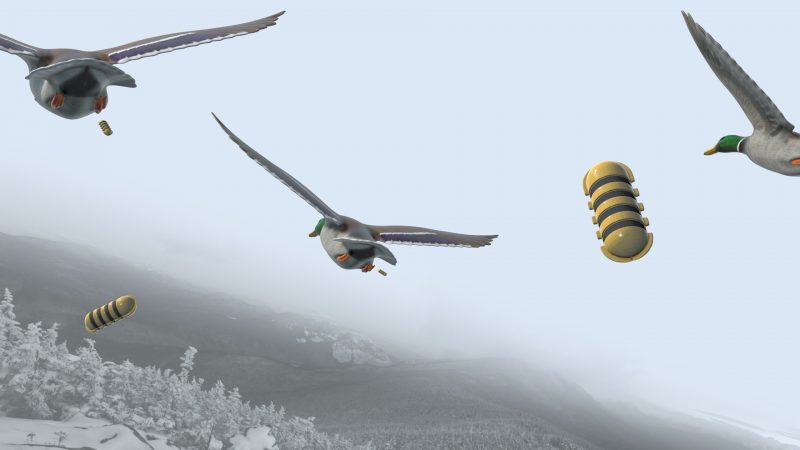 CRISPR Seed Resurrection is a project that uses the evolved nature of seeds as a structural guide to creating new seed containers to help seeds survive longer, so they may bloom in the distant future. It also uses our newfound understanding of how bacteria have taught us lessons on how to edit the DNA of viruses and then apply this knowledge to editing the DNA of seeds in a process called CRISPR Cas9 or Cas12.

This project aims to create artificial seed pods that will be distributed by both planes and waterfowl into the permafrost and frozen tundra to allow the future reseeding of forests and fields. CRISPR and  X-ray or chemical mutagenic methods will be used to mutate the seeds before they are placed in the pods.

While this work seems hopeful and can function as a kind of technical augmentation, sadly, it also acknowledges this may become necessary as a means of reseeding the earth given our burning of fossil fuels and the global warming that is the result. Tragically, according to the IPCC report, between 20 to 30% of plant and animal species face extinction by the end of the century.

Can we engineer seeds to be more immune to higher rates of C02 in the atmosphere and to grow in future moist soils? Can we extend their ability to remain viable as seeds longer? Can we engineer seed pods that will keep these extended bloom seeds safe for longer and allow them to bloom in the future?

As pollen and seeds are reproductive adaptations, they did not appear in plants until millions of years after seedless plants had already begun to live on land. These CRISPR seeds will be techno-augmented to sprout in the distant future, genetically modified to allow them to survive where global warming has harmed plants, unable to adapt quickly enough to our increasing C02 in the atmosphere.

While most plant species reproduce with seeds, many species of seedless plants have become extinct, although seeds can also resurrect plants long thought to be extinct.

The durability of seeds is known to depend critically on how they are stored and if you keep them in cold, dry conditions. In 2006 a story from Israel had scientists grow a date palm from a 2,000-year-old seed found during an archeological excavation on Mount Masada. The date palm seed was verified by radiocarbon dating. The seeds in these containers will be well dried and kept in airtight containment to last the longest possible time. In 2010 a Russian team found a seed cache of Silene stenophylla at 124 feet (38 meters) below the permafrost. Stenophylla is a flowering plant native to Siberia that an ice age squirrel had buried near the banks of the Kolyma River. Radiocarbon dating confirmed that the seeds were 32,000 years old.

Both examples demonstrate that, given the right conditions, seeds can remain viable for tens of thousands of years. The article cited that permafrost could be a “depository for an ancient gene pool,” a place where any number of now-extinct species could be found and resurrected.

A mallard duck floating on a lake eats transgenic seeds that emerged 10,000 years ago. Most glaciers have now melted, and The duck is seen eating the seeds in a melting lake.  Above that image is a series of smaller square images in a film sequence inspired by the notion of the “cinematic metaverse” and scientific research, showing an airplane distributing seeds on glaciers before they completely melt; in between smaller images of DNA being identified, visualized, and modified through CRISPR Cas9.

In the lower right-hand corner of this work are a beaker mixing miniature human figures, DNA, car parts, garbage cans, and bacteria together in a vortex action. This automatically activates when a passive infrared sensor sees a human nearby. It remains for some time and implies that humans are the next soup ingredient that CRISPR will modify. It is already beginning with restoring vision in formerly blind humans by altering their DNA.

An essential part of this work is sound. A sonic remix of polyphonic sounds from Portugal was used, including the polyphonic Choral Music of Duarte Lobo (Evora Portugal was where polyphonic music originated in Portugal), along with Fado remixes, including a rap poem about the tragedies of the loss of biological diversity in plants and their seeds.

The words of the rap poem that will accompany the music are:

Acidifying – warming up
Our ocean, body steams
Our forests are burning
And so are our dreams

We endow a sophistication
Of bacteria fighting a virus
Genes changed, will rearrange
Allowing you to teach us

We annotate and assemble
DNA of future seeds
That may, if we need, bloom
boom and succeed

A tug between Gibberellin
against Abscisic acid
Can we slow down your bloom?
And create fields that shine?

Will humans witness your flower?
that ecosystems need
Will bees feel your power?
To nourish – and feed?

Will future ducks find your fruit?
and carry, from lake to lake
Drop you there to help you sprout?
Survive and – create?

We hope these seeds will find
Warm sun and river shore
ladybugs, and butterflies
breath oxygen to restore

a pristine place, where nature grows
bacterial skills  to sew
in hopes we bear witness
to the knowledge that you show

On the plexiglass shelf in the middle is an actual rapid-prototyped seed shell.  Inside are seeds that the Arabidopsis Research center has modified, and in the future, will be CRISPR genetically modified seeds, along with other seeds not modified, including soil and bacterial cultures used to enhance the long-term viability of the seeds once they are exposed to water.

To the left of that seed is a living variety of plants in a glass beaker, showing the splendor of our current natural world and some which may be lost.

Why a duck in the main scene? In 2018 a study in the Journal of Ecology reported that Mallards pick up seeds while feeding in the water and on land. In an endozoochory process,’ some of these seeds are not digested and survive gut passage intact, allowing them to sprout after passage. It is now realized that Mallards and other waterfowl are significant vectors for moving seeds from lakes to lakes. 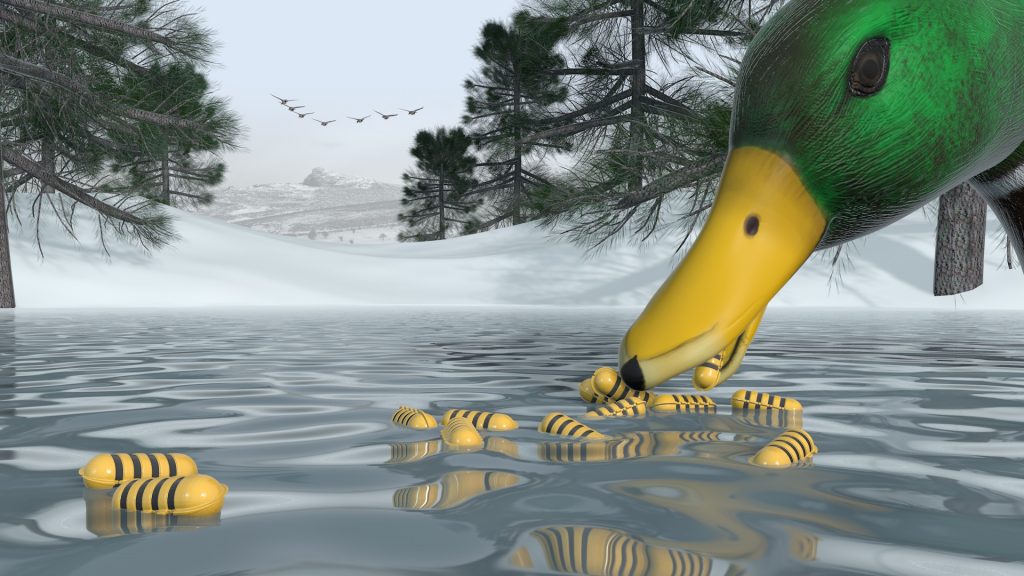 In this project, some seeds will be designed for dispersal by water foul with nutritious special coatings that will be developed based on the nature of seeds and how they can naturally withstand the digestive systems of birds. 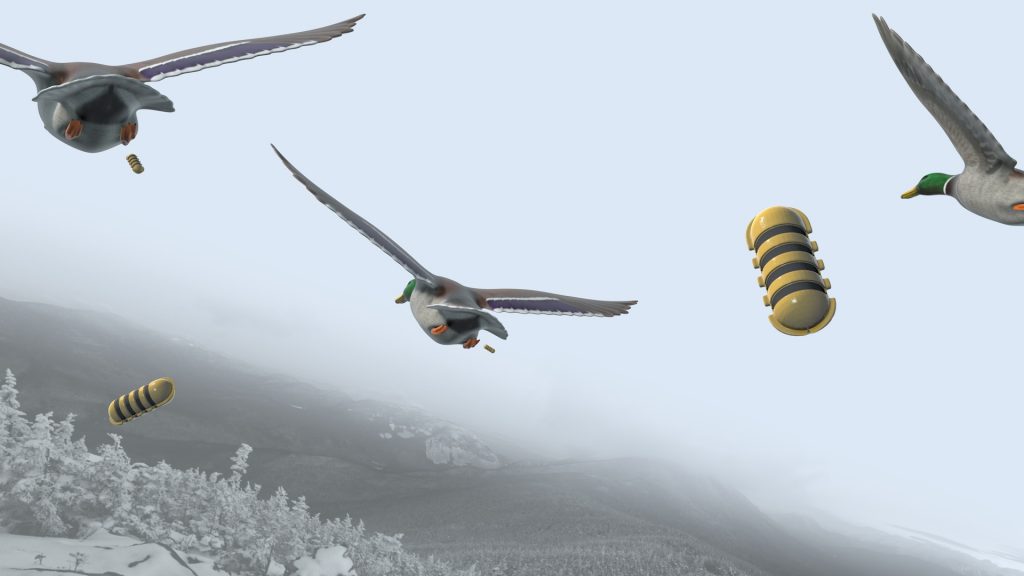 Other seeds will be placed in wood/plant seed pods specially designed to open at intervals of 1,000, 2,000, 3,000, and 10,000 years. Rapid prototyped seeds constructed of wood plant materials will degrade. They will allow these pods to dissolve once exposed to the atmosphere as global warming continues to melt glaciers and permafrost. 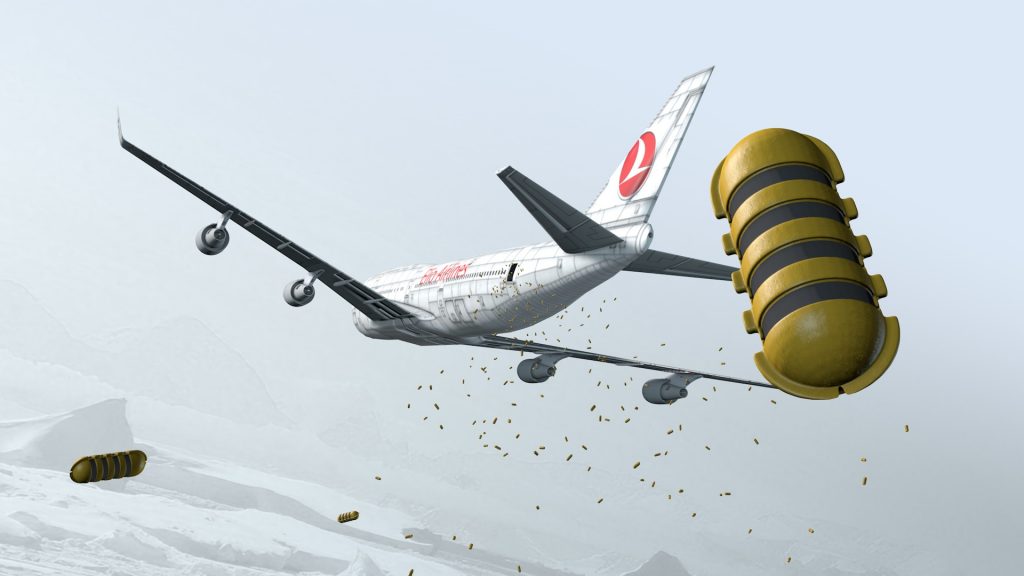 In some cases, airplanes will fly these seed pods to a height that will allow them to fall to the ground and melt into the glacial ice and permafrost.  As they fall, heat generated during their fall with the fins will enable them to melt into the snow and glaciers. 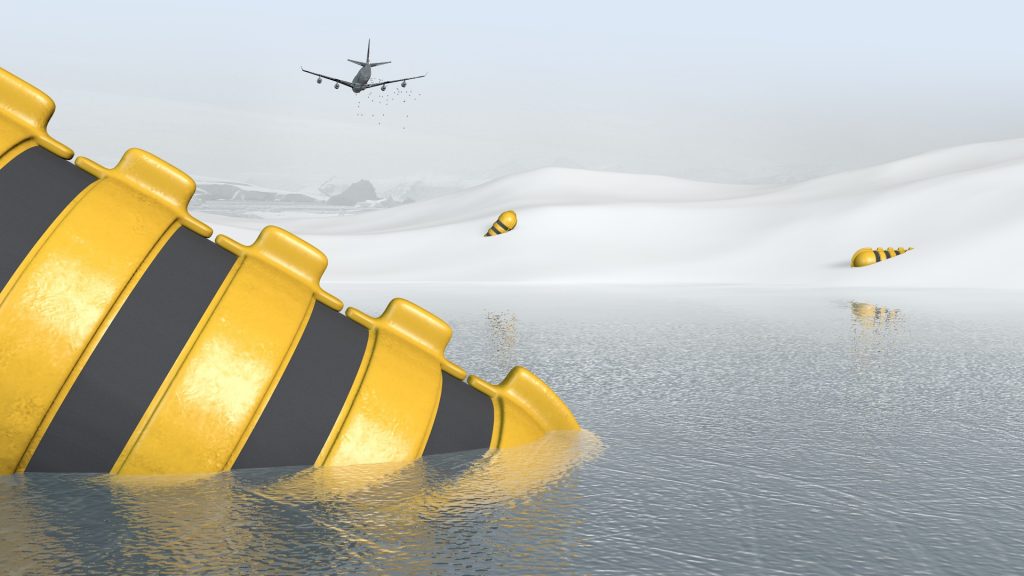 As the snow and glaciers melt, wood-based or PLA filament with biobased additives made from natural resources may function as the Cotyledon of the seeds to provide nutrients to the budding seeds. I am thinking of using filaments made from mussel shells, oysters, scallops, scraps of wheat, spent beer, and coffee grounds as additives.

In some plants, the Cotyledon contains high quantities of starch and can provide a source of food for the developing embryo before germination. At this stage, I am unsure if the PLA will break down in UV light to allow the seeds to regard this as starch.

Still, these will degrade and enable pods with Crispr Cas9 & Cas12 seeds and pollen within to propagate new plants and start to repair the atmosphere with fresh oxygen being produced.

Problems with PLA or polylactic acid? PLA is a thermoplastic polyester with the chemical formula (C3H4O2)n. While it is oversold as a bio-based biodegradable biopolymer made from both the fermentation of renewable and natural plant materials, such as cassava, corn, and sugarcane, it is not so biodegradable. It will last in the environment for about five years before breaking apart. Some have algae that will break apart in about six months when exposed to direct UV light. 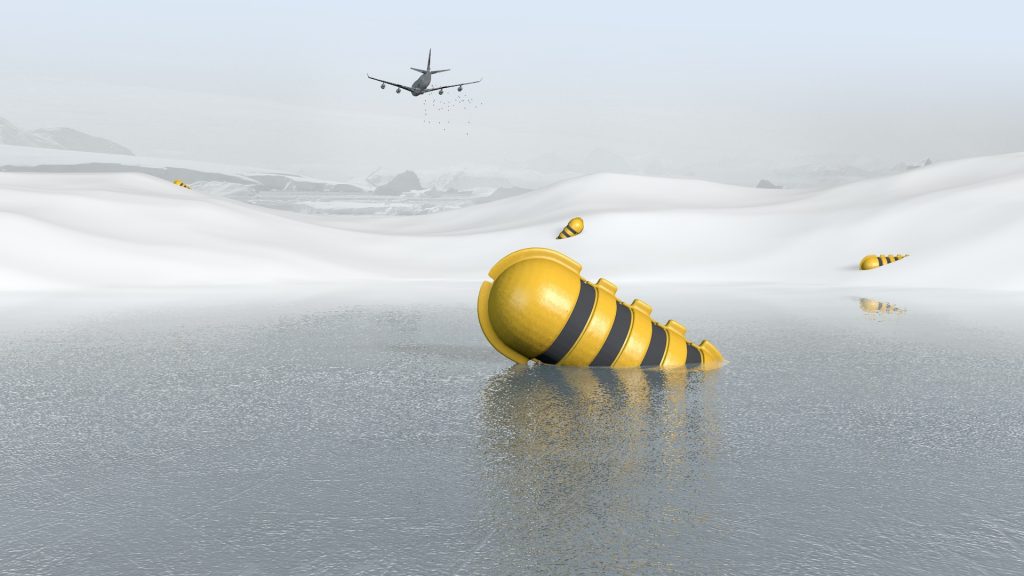 Given that no seed or plants bud in “pure isolation” though they are often surrounded by other plant seeds, complex soils, and bacterial cultures, I am also looking at many kinds of plant seeds in the artificial seed pods for both the CRISPR aspect of this project and the X-ray or chemical mutagenic methods used.

For one part of this project, I am focused on Arabidopsis, given the Arabidopsis plant has been entirely genetically sequenced and, therefore, can be manipulated using CRISPR. 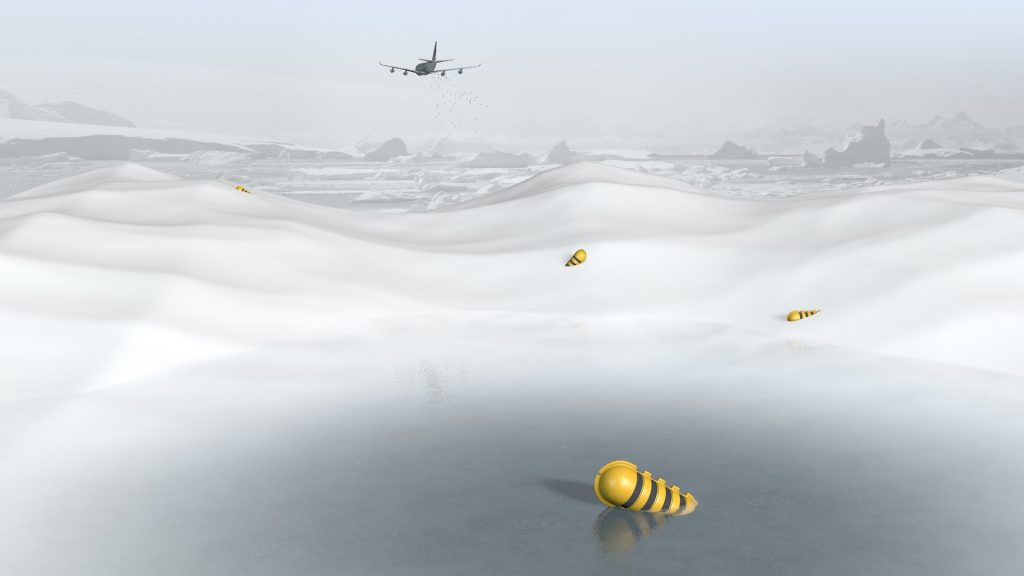 The SCIENCE of SEED Extension: Clustered, regularly interspaced short palindromic repeats (CRISPR)/CRISPR-associated protein (Cas12) systems have been developed, allowing site-specific double-stranded DNA breaks. While there are strengths and weaknesses of this technology as opposed to well-established genome editing such as using zinc-finger nucleases (ZFNs) as well as transcription activator-like effector nucleases (TALENs), recent research on plants using CRISPR/Cas12 technology may allow future developments in this area, of directed editing to enable the plant to be optimized to global warming in the future.

The genetic traits that will be modified in the CRISPR process are 1) RESPIRATORY BURST OXIDASE HOMOLOG D, SENESCENCE-ASSOCIATED GENE113, and ORESARA1). Other genes to extend the life of the seed and induce seed dormancy may be achieved with the gene called HONSU (named after “a Korean word meaning abnormal drowsiness”)

As genetically modified seeds must undergo stringent testing and implementation in controlled environments, for exhibitions, the pods, and the seeds will be presented physically as rapid-prototyped samples within the context of the speculative fiction images above.

All the research and CRISPR Cas 12 modifications will be performed in version two of this work. Some may be planted, in a controlled environment for testing inside, in various atmospheric conditions to allow the plant to express their new gene modifications, in an increased C02 environment.

CRISPR is already being used to edit human genes to cure diseases and evolve our species. Still, seeds, insects, microbes, and human genomes do not live in isolation.

They are part of a complex intertwining of many organisms. Is this technology beneficial to the intertwined ecosystems that have evolved through time? CRISPR may pose a significant risk to the environment, as they have the potential to decimate an entire species.