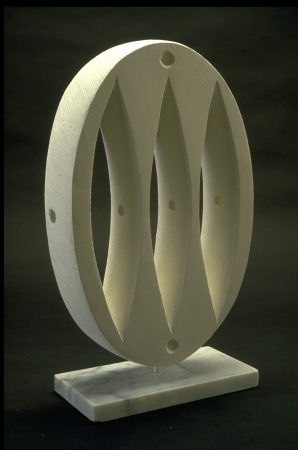 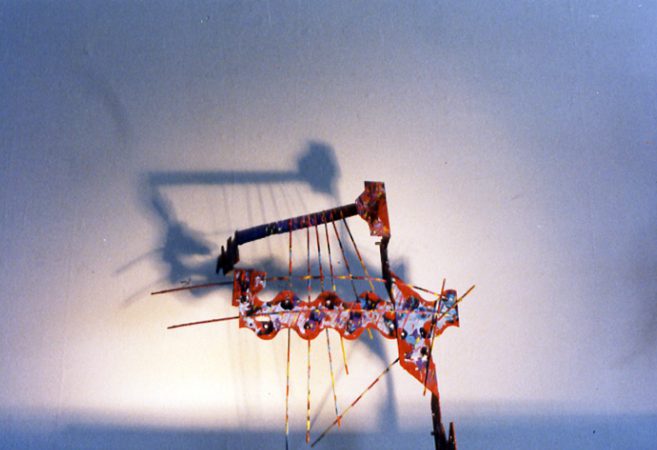 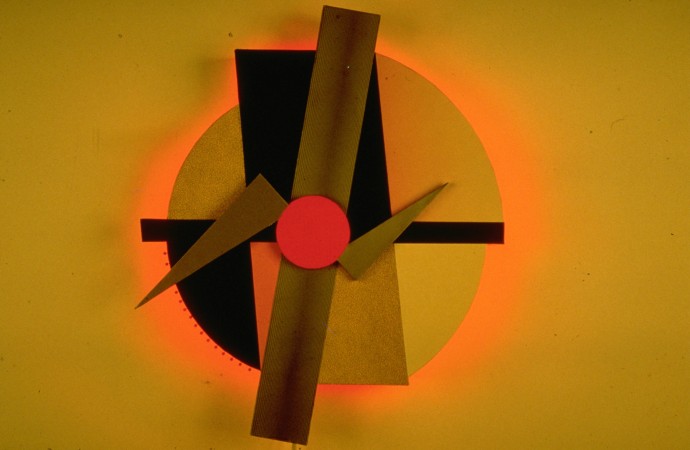 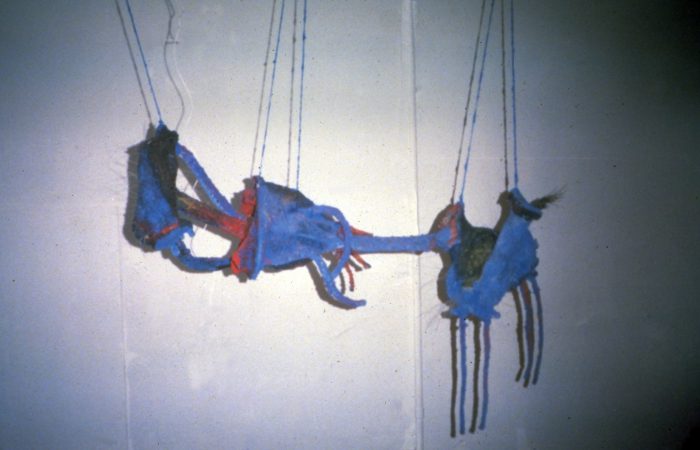 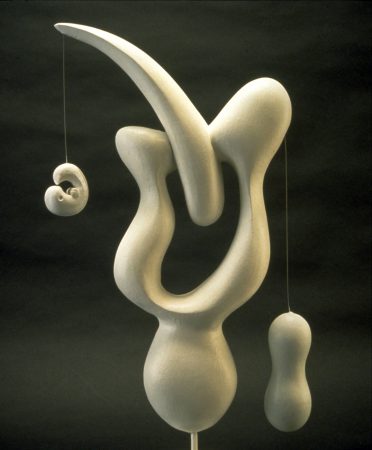 Below the Illusion of God and Time is a work about the illusions of human-made and created ways of organizing our planet. It was kinetic and the round and arrow forms spun while the red light from behind illuminated the work. In the collection of Michelle Fortnum.

Below is the soft sculpture Polymorphic Transmissions created with latex rubber, motors, custom-made color controller, and fiber optics. In order to create this work, I coated machine and motor parts with latex and was fascinated by how they looked a bit like human or animal organs.

When the work was activated concentric cams caused the work to vibrate and as it did the hairs composed of the fiber optics would spin and change color in the most wonderful way.

This was fortunate as it induced this lovely young woman, Amy Youngs to venture into my studio and she had questions about the work and came to learn more about how to use fiber optics. Later, Amy created wonder fiber optic pillows and we have been collaborating in some fashion ever since. At this point, I have been married and together with Amy for 33 years.

The rhythmic line and form of the work were intended to create a sense of dynamism and movement.

Below, two abstract creatures breaking off the canvas and meeting for the first time. I was interested in the delicate interplay of grids and thin red thread linking the entities as they reach out to each other communicating. The materials were industrial bedding, red and black cardboard, binder rings, red thread, and broken auto glass.

Further below, my early works were formal sculptures, which often referred to biological processes.

Mitosis (1986) was an abstraction of a cell splitting into two. It was built and carved from Hydrocal plaster with a marble base.

Below was a model for a large-scale sculptural instrument that could be played by the viewer. The original was clay and destroyed in the 1989 SF earthquake and later rebuilt in plaster.