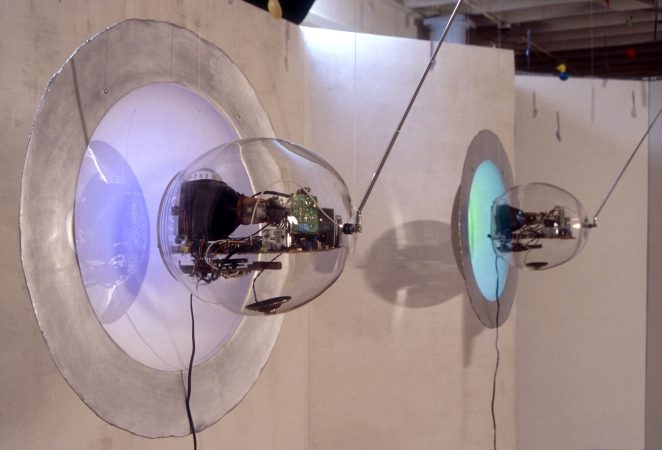 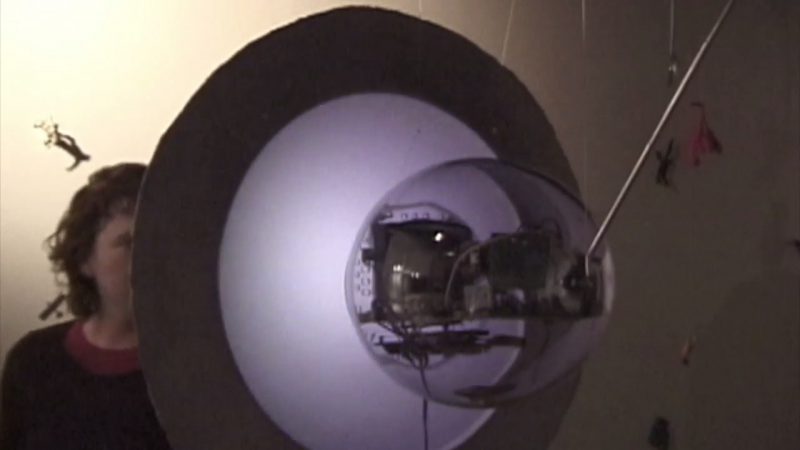 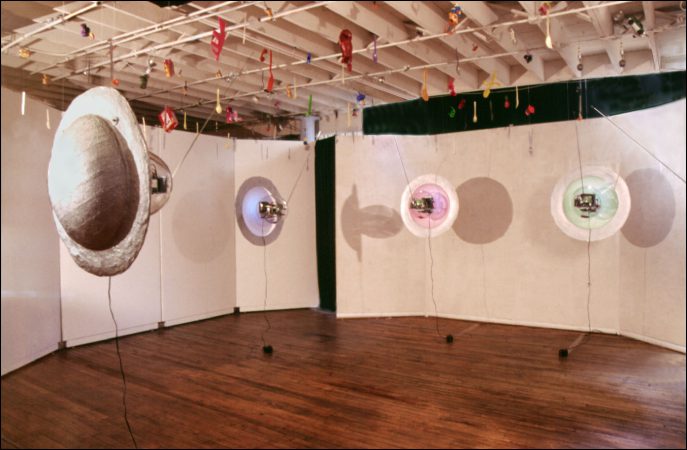 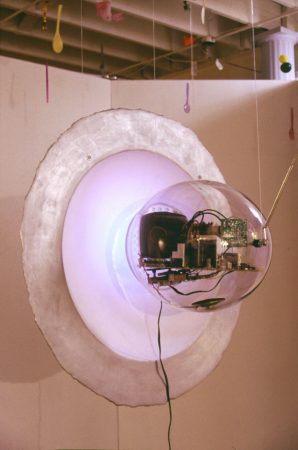 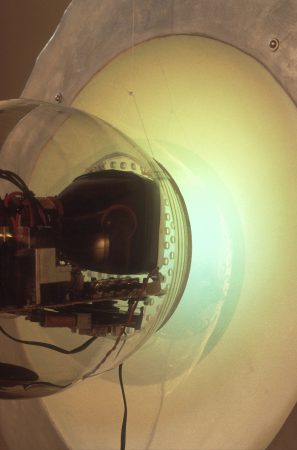 Flickering Signifiers are ambient light sculptures concerned with the rhythmic nature of television light and how it is used to seduce and compel the viewer into a kind of hypnotic and passive inaction-while watching. Detection of movement has been at the core of our survival and ironically it creates an embalmed behavior that allows easy seduction by rapid flashing movement. Indeed, the edge of the retina of the human eye is most sensitive to movement.

These works deemphasize the images by which media producers affect our behavior and focus on rapid-fire cuts, frenetic dark/light patterning, and sequences of rhythmic- complementary colors which seduce the eye. These works reference Marshall McLuhan’s notion that the medium is the message. It is not what we see, but how we see that determines the power of the medium. Here one element of the medium is removed and distilled from its “content” to point to the medium’s ability to manipulate the body and its perceptual systems.

The works are a formal synthesis of the human eye and retina but incorporate rewired color televisions. The eyeballs are replaced by the TV tube and the TV’s glow is projected onto parabolic lenses- emblematic of the retina. This accentuates the TV glow while removing the TV images. The eyeball form itself is outside the loop of seeing and is meant to imply that perception occurs but real seeing does not.

Paul Virilio’s notion that the medium is designed to infect rather than inform, seems apropos here, as the medium joins with vestiges of our perceptual being and allows the commercial system to propel itself deeply into our consciousness.

Five of these TV works surround and illuminate 100’s of colorful toys and consumer products hanging from the ceiling with knives, forks, and spoons attached and serve to underline TV watching as fundamentally tied to consumer consumption and waste cycles of our addictive culture.

Premiere of Flickering Signifiers glass and electronic installation dealing with the seductive nature of television light.