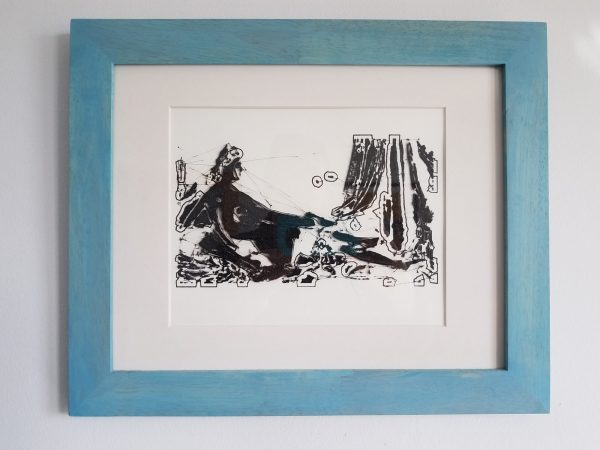 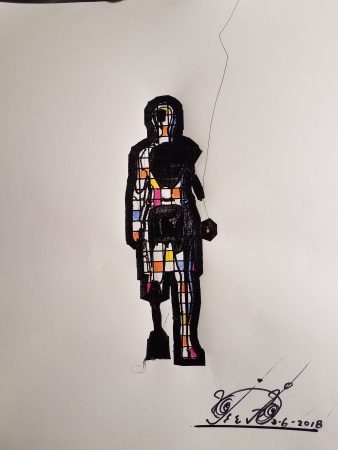 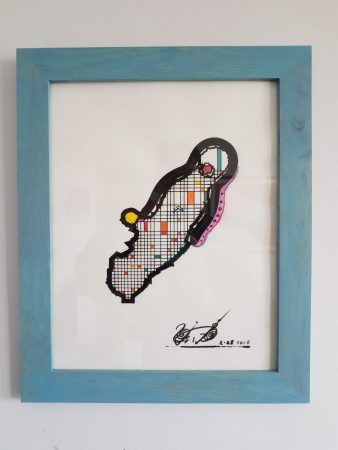 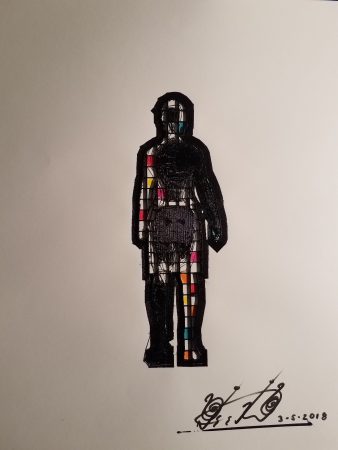 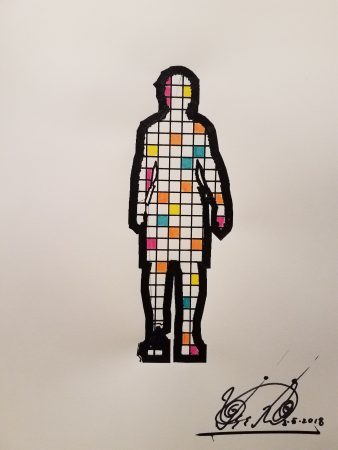 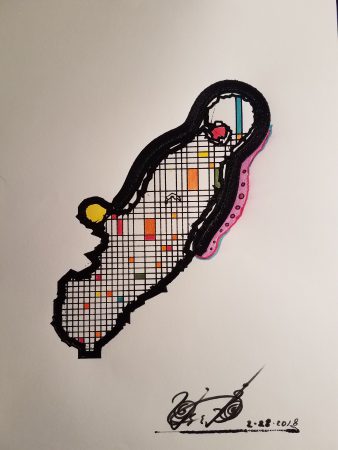 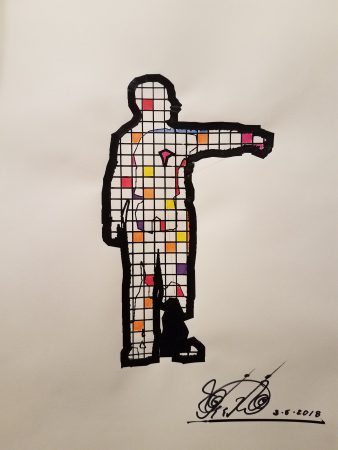 Machine Drawings are 3D modeled drawings compressed into a nearly flat dimension and then drawn with a rapid prototyping printer and hand embellished with ink and paint. 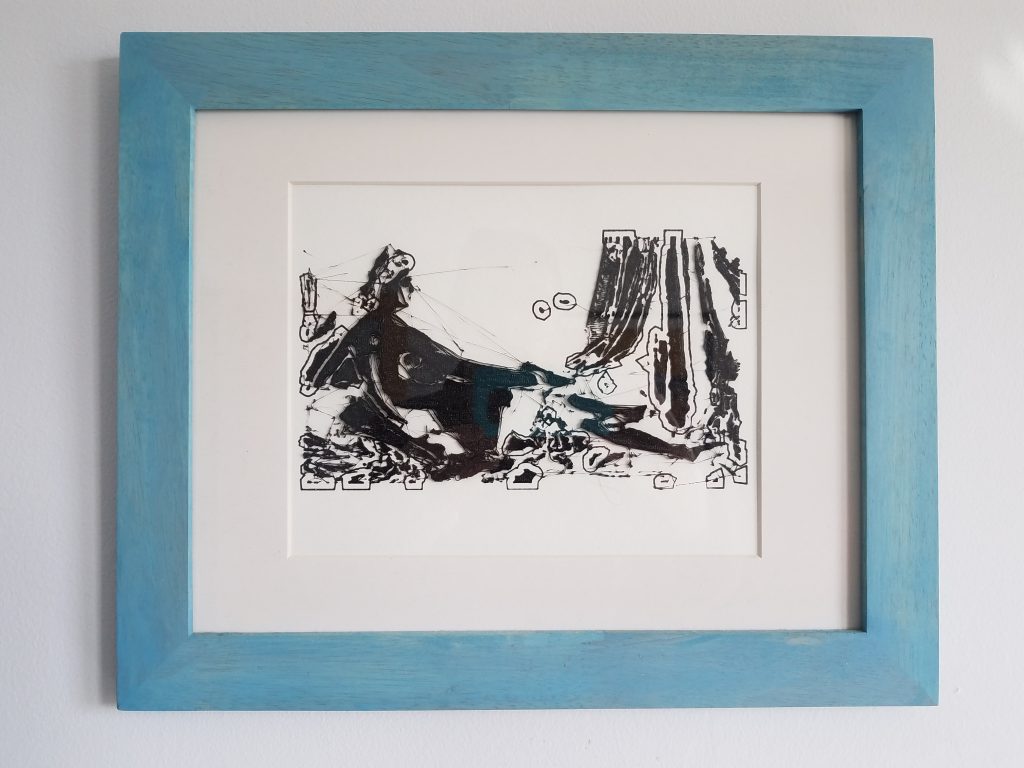 They are dimensional and flat simultaneously, printed on Arches printmaking paper. 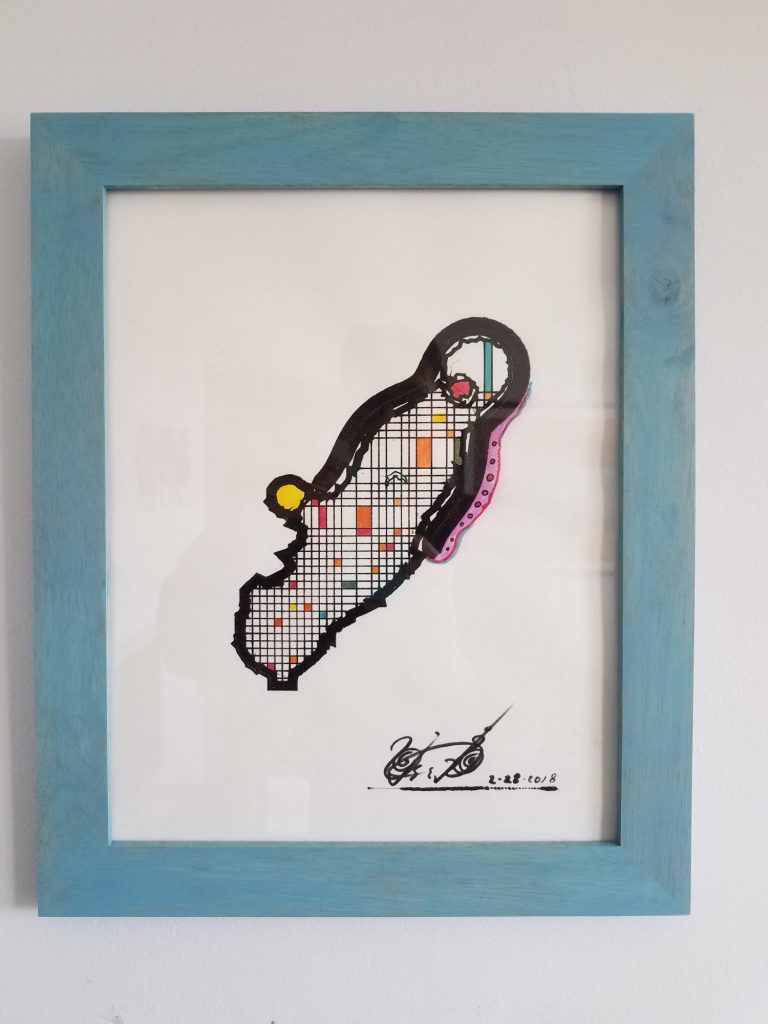 They are experiments in order and chaos, and the ones I find myself most attached to are the ones that I could not wholly control, where the filament thread gets smaller and spirals in unplanned directions.

Some drawings were created by scanning existing photos, creating depth maps in Cinema 4D software, and then letting the rapid prototyping printer do the printing.

In the spirit of John Cage, I enjoyed the chance operations that would result from scans, 3D morphogenesis, and printing.

In the one below, Jean Auguste Dominique Ingres, La Grande Odalisque, 1814, Louvre, Paris, France, was scanned and repainted after the fact. 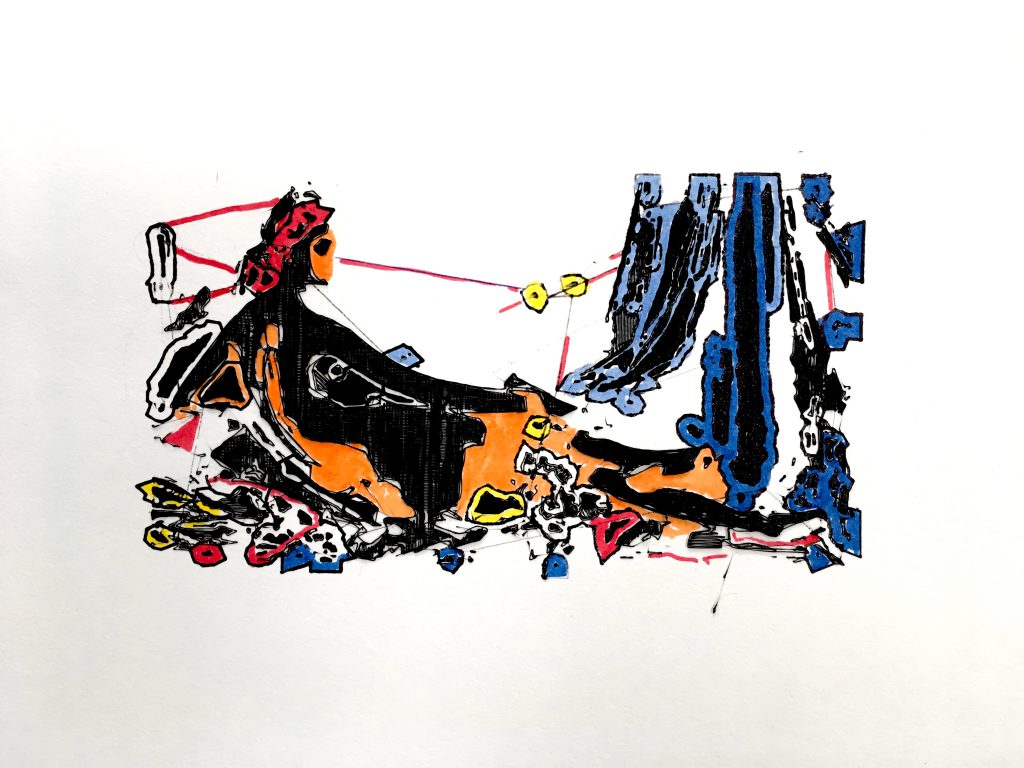 In the one below, 3D humans were created, collapsed, and printed. I was particularly interested in how the one below gave the appearance or suggestion of a peg leg, and love the wispy piece of black filament that moves toward the top of the frame.

In the one below, I enjoyed how the dark lines of the printer enunciate the figure within, and the infill that is naturally part of the 3D printing process lends itself to paying homage to Piet Mondrian, though more so, they seem to suggest the human figure is being compressed into a cartesian space.

Some machine drawings were allowed to go longer, allowing more infill, as in the one below.

They fulfill a long-standing philosophy about looking to the edges of machines for places where artistry can be found by misusing the tools.

Printed on a Type A Machine with PLA plastic.