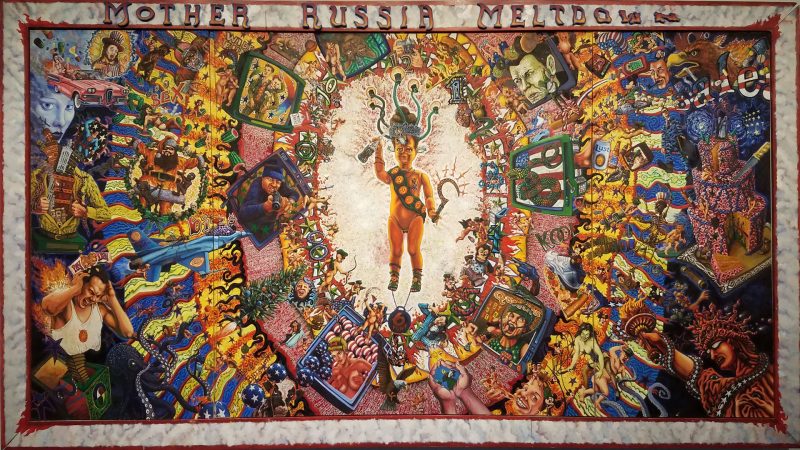 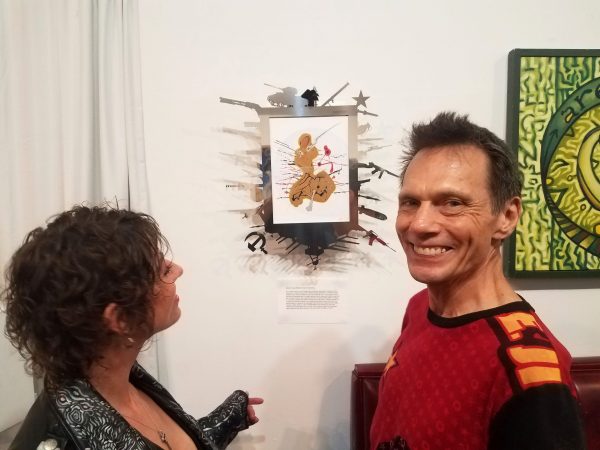 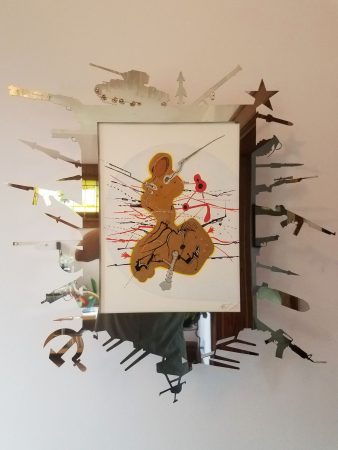 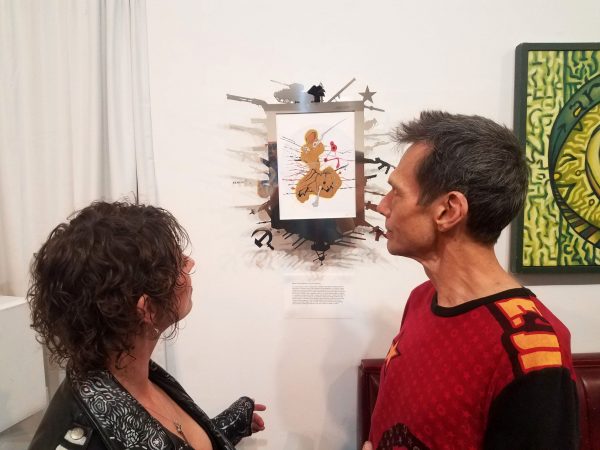 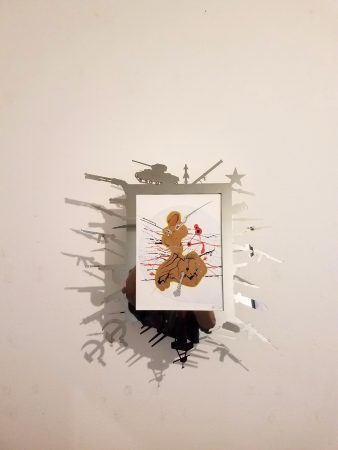 The original Mother Russia meltdown by Charles Wince is the painting that inspired my work below. Charles’s oil painting is extraordinary. As a self-taught artist, his works take a critical look at the media and noise of consumerism, oligarchs, and capitalism with a critical eye.

His masterwork has been in process for many years. It is part of a more extensive collection of oil on wood and canvas works that critique modern consumerist cultures and the hollow promises of our economic systems of exploitation and ecocide.

My work is a hand-drawn work on paper with stainless steel laser-cut frame and responds to Charles Wince’s painting Mother Russia Meltdown.

In my piece, Russian and American weapons point out toward all of us. They remind us that actual and ideological war is a death sentence felt by those who fight the war and the innocent victims in the crosshairs of war.

It is not the global leader’s children or corporation families that suffer; instead, they profit from it.

War Stocks are surging as the Russia-Ukraine conflict rages on, with Lockheed Martin and Northrop Up 20% as military technology wages war – on all of us.

Can you see yourself reflected in this stainless steel obsession with guns and war?

Are you a victim or target, or both? Do you feel safer with all the gun ownership in the US?

Why is Hollywood obsessed with violence, guns, and “hero-worship”?

How does our Military Industrial complex continue to expand at the cost of the health of our planet?

I am forever sad about the horrible abuse of the people of Ukraine and the people of Russia subjected to this authoritarian state, as well as parts of the world starving because of grain embargoes.

I am also sad for the more than human others, the trees, animals, pets, and natural living systems we all depend on, and the toxic aftereffects war leaves on the land and generations to come.

Mother Russia Meltdown 2 by Ken Rinaldo feels for all victims of war violence, including the unseen beings not yet known.

For me, this hits home as my father walked across France with my Grandmother and aunt, fleeing the nazis who occupied Paris.

His growth was stunted because of the lack of food, and he grew up without his father, who was blown apart by a mortar when he was seven years old.

If it were not for a Swiss Family that took him in each summer and fed him well, he would have starved to death.

War and familial pain are intergenerational and do not stop when the fighting stops. My heart goes out to all refugees fleeing this senseless violence in Ukraine.

While Charles Wince’s painting was created long before the war on Ukraine and refers to the collapse of the Soviet Union, his work seems amazingly prescient, with the Zaporiza plant under threat of meltdown, because of the Russian siege of the nuclear plant and the town.