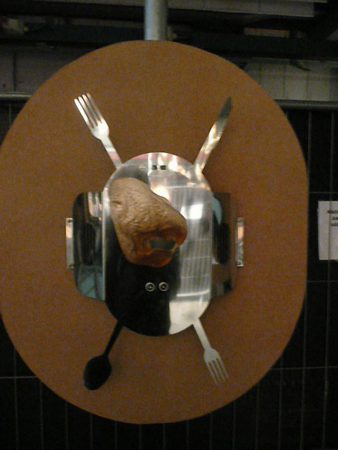 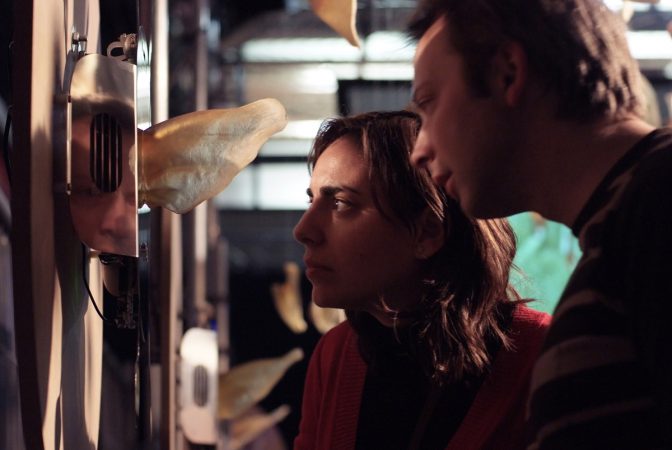 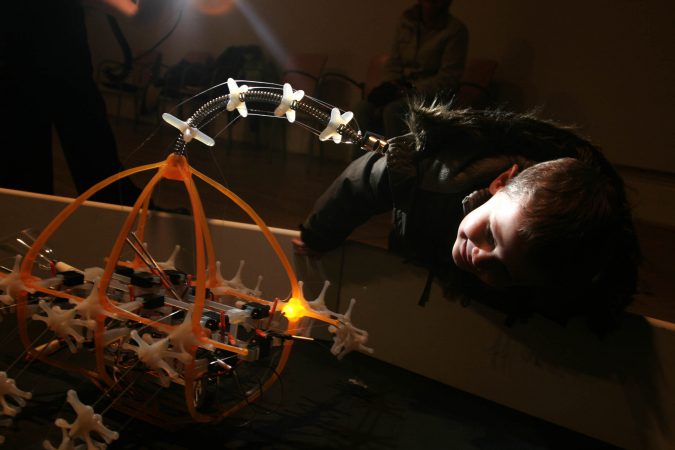 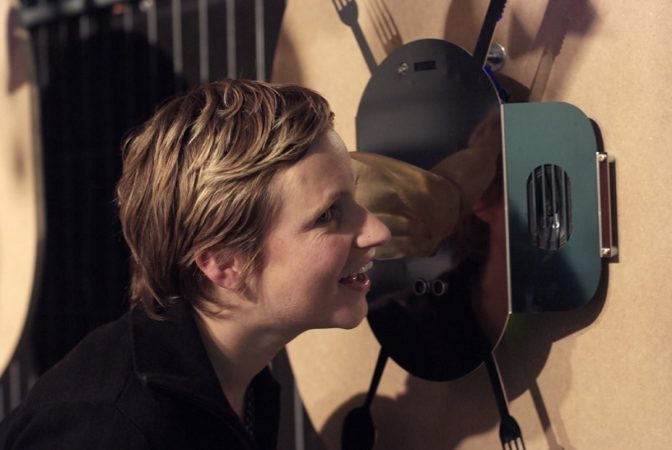 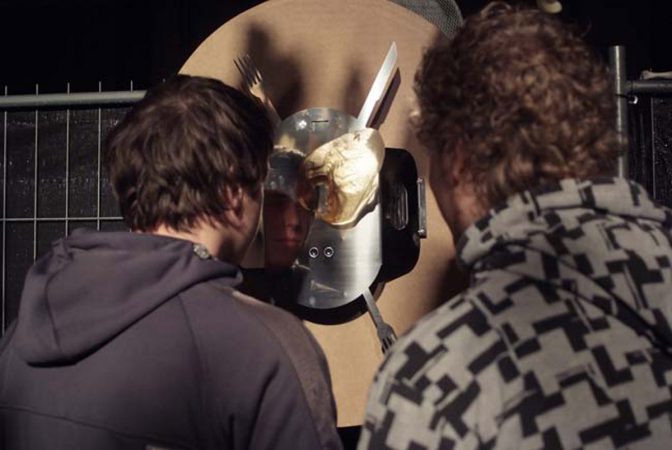 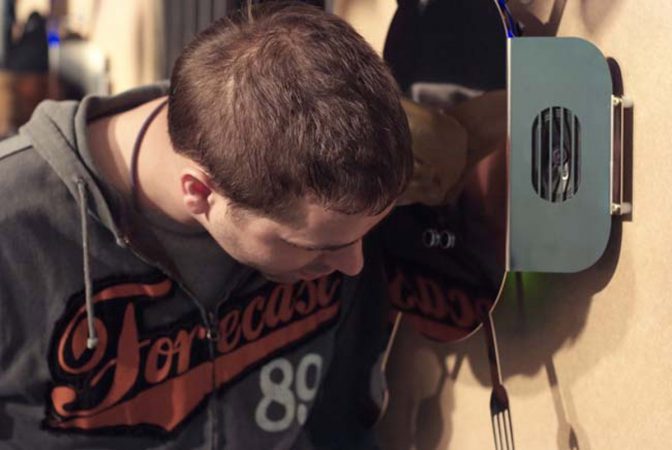 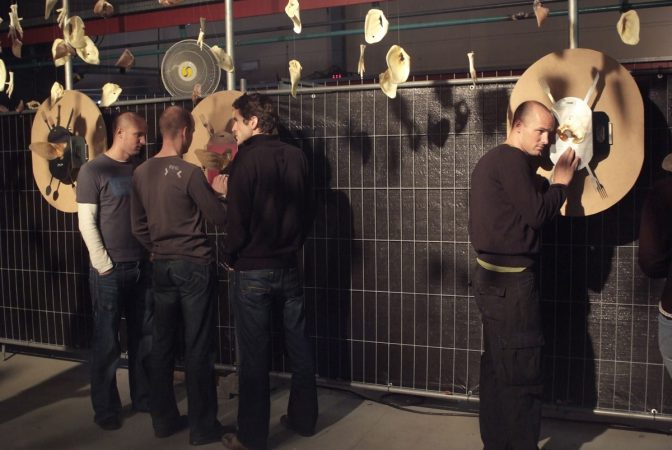 Our Daily Dread is a work concerned with the mechanization of food production as we reach critical stages of overwhelming the planets ability to feed humans, domestic pets and other livestock.  Robots now assume a greater role in food production and this has implications for all living and sentient creatures harvested by these robots.

With the machine nature of our global food production, robotics and machine technology have supplanted the human hand in food production. Our just-in-time economy is an emergent web of bio-demand and machine-supply, where food is depleted from shelves; bar codes to computer data bases are already dispatching the next mouthful to the backs of semi-trucks, to port to our shelves and biologic mouths. This work was commissioned by the STRP Festival in Eindhoven invited by Vivian Van Gall.

The family farm the foundation of our civilization is transforming into distributed corporate cyborg production machines that begin to display an early form of machine hunger for more production and faster food consumption. As web-connected, distributed robotic machines, now replace our formerly direct and caring relationships with the farm animals and plants we love to eat this has far-reaching implications for the nature and health of our food and for the treatment of sentient farm animals.

Each work consists of a delicate and beautifully sculptured ear of a sow or calf suspended from the columns in your space and supports from the ceiling of the space. As the viewer approaches the ears, sensors, and motors and linear actuators allow the work to reach out 1/2 to 1 meter.

Other sound works with sensors play pre-digitized and rhythmic sounds of pigs honking and cows lowing and at other times the sounds of machines (the actual robots) mixed in with the sounds of slaughter houses, chicken coops, milk bottling plants and hay thrashing machines.

In the background will be a back lit video screen playing a large image and close up of a boxer dog chewing and crunching a cow ear. From a large meshwork will be 200 ears, chicken feet, cow hoofs, pig ears hanging from monofilament and when viewer/interactant enters the space the ears will lurch.

The brains and microcontroller are to control a MP3 player using an ultrasonic senstor to activate one of 10 different constructed sound reels.

On wall with plugs nearby. Single screw hanging.

DO ROBOTS DREAM OF SPRING? – The Art of Ken Rinaldo at the Maison d’Ailleurs. Retrospective with forward by Bruce Sterling and Patrick Gyger. Yverdon-les-Bains: September 19, 2010 to March 20, 2011