Rivers Run Through Us

Rivers Run through Us are moss, epiphyte, lichen, electronic, and plastic waste Gardens. Constructed with Arduino Micro-controllers and mini peristaltic pumps to self-water the gardens.

These miniature rivers circulate water and dissolved nutrients used by the mosses. As mosses are also hyperaccumulators, the mosses cleanse the microplastics from the water and other industrial-strength toxins potentially leaking into the water.

I am reusing and embracing plastic by upcycling what I have purchased and feel responsible for. While a romantic notion, these works do not offer real solutions to global plastic waste, though they serve more as an example of the possibilities for reuse.

The placement of the cow bone in the image above refers to the notion that all of these things, the metals, the industrial chemicals, etc., are part and parcel of what is flowing through us. It is now well-established science that microplastics enter all our bodies at the cellular level.

The PET plastic in this work melted and shaped with a heat gun appears as glass at first sight, though it has none of the preciousness or weighty aspects of glass, though all of the clarity.

There is so much to love about mosses. The rain and water cling to the deep green strands while holding moisture close to the surface of the stones. The moss mats collect dust, nutrients, and debris as they grow, shrink, decompose, and form rich hummus.

It is further notable that humans have discovered that mosses have natural antifreeze.

The chemical processes that are part of the nature of mosses in slowly breaking the rocks into sand and smaller grains are quite poetic to me.

They are preparing and making their own soil while conditioning their living place with their waste.

Mosses can also be a host to many other living things, making them a living foundation with soil as a battery. 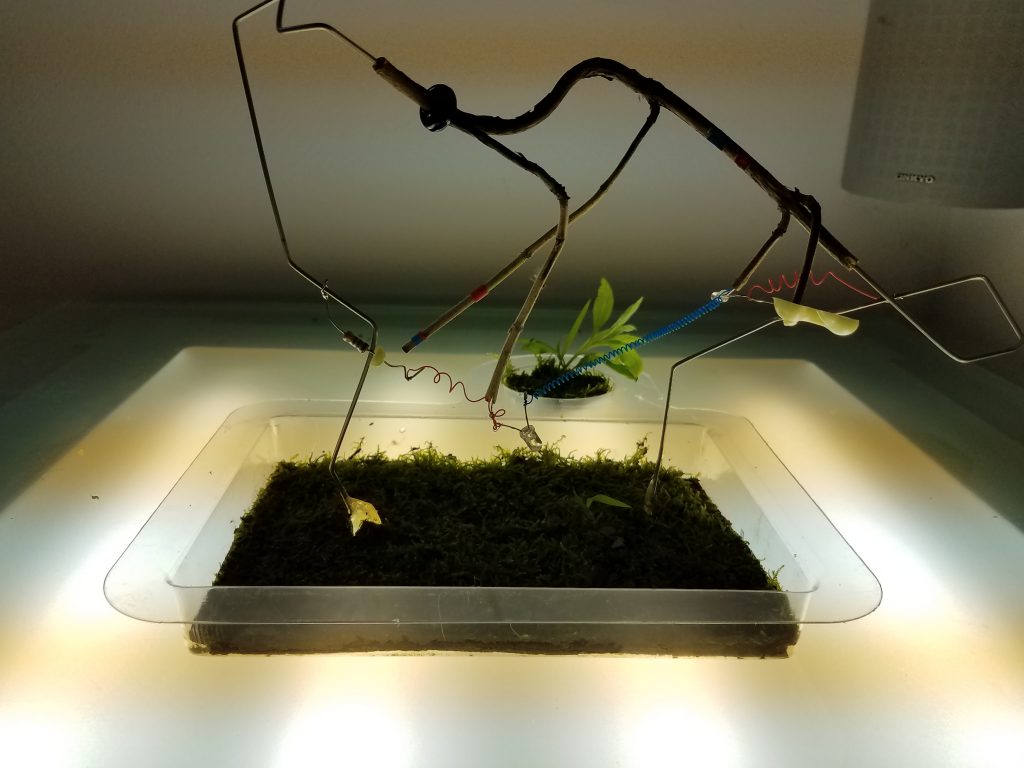 A single clump of moss about the size of a baseball can contain over a quarter million microscopic beings. Moss is also quite resilient as it can lose 98% of its water and still survive dormant for decades.

Give moss some water, and it will bounce back to green. 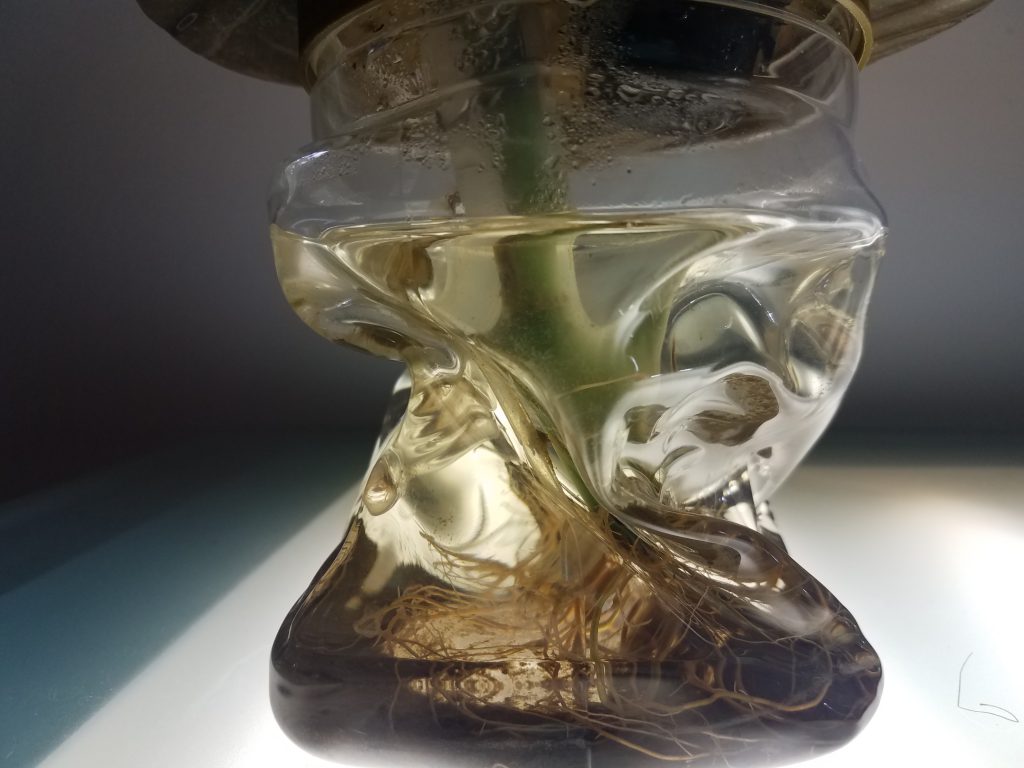 Moss has no vasculature like regular leaves but rather absorbs water through the cell walls of their leaves while wicking moisture throughout their mats with the water’s surface tension physics allowing them to soak their filamentous shapes. 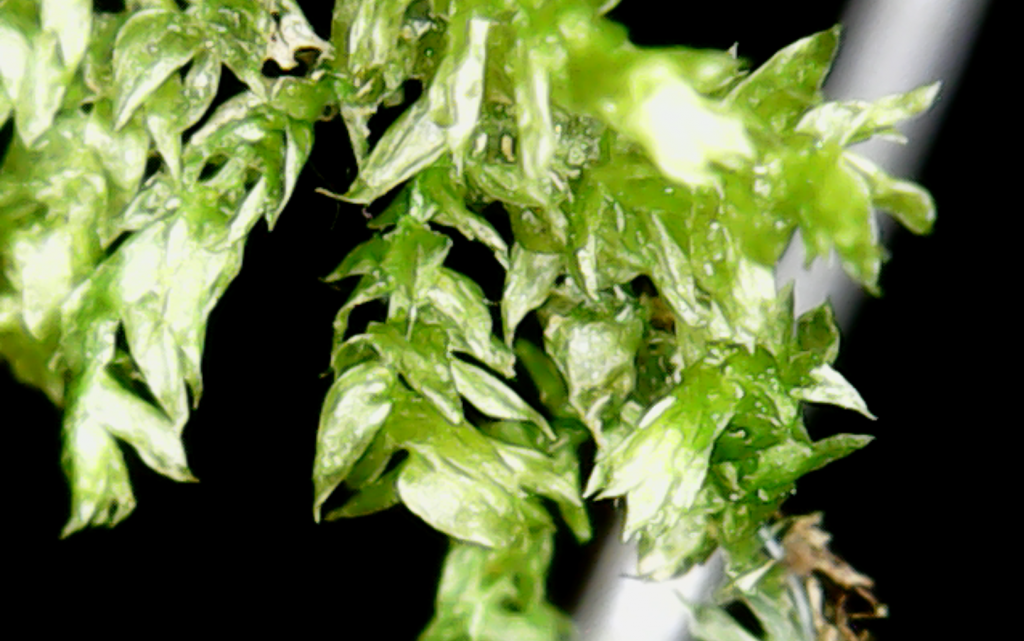 The epiphytes that are also part of this installation sit in drilled-out branches, and the branches have living lichen on them.

I am excited about the lichen and its relation to the mosses in this work as well as the filtration capabilities of the lucky bamboo.

A micrograph of the epiphyte reveals the trichomes evolved to collect moisture from the air.

Some of the gardens have miniature logs with sustenance in rotting bark and logs being also absorbed over time by the moss. 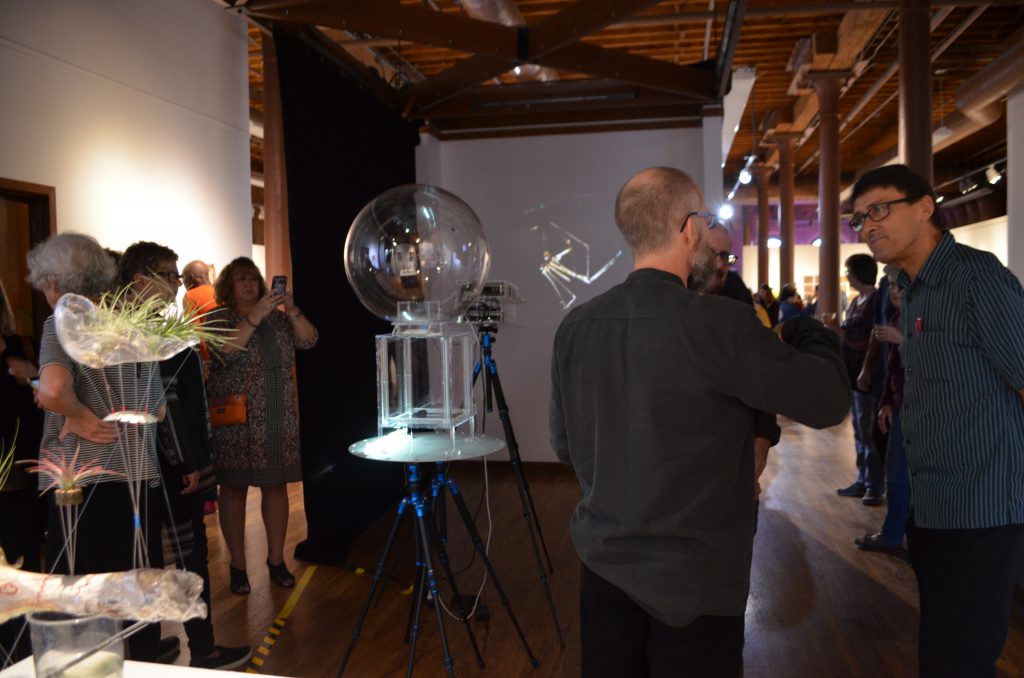