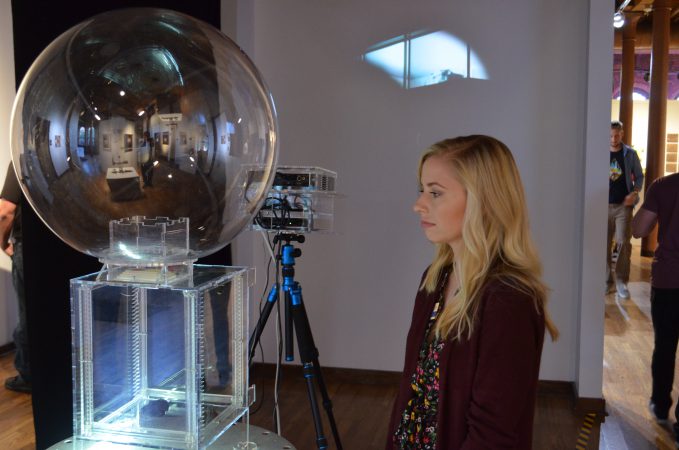 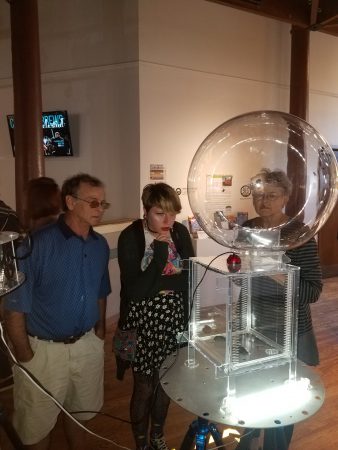 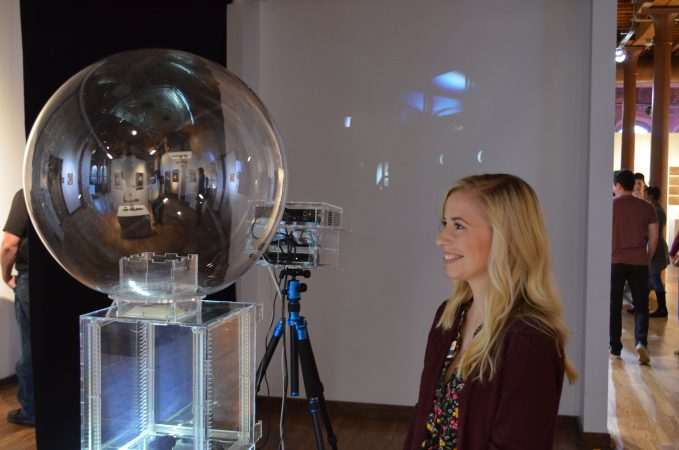 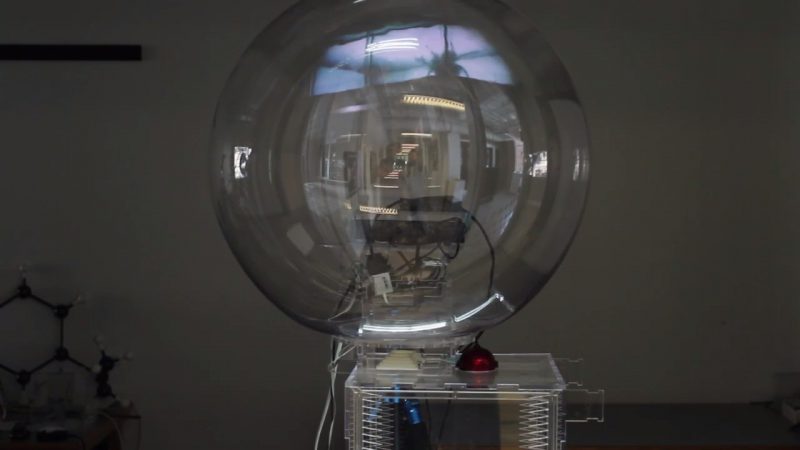 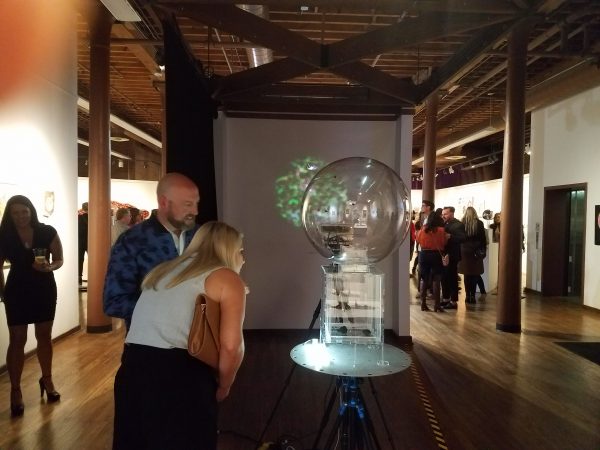 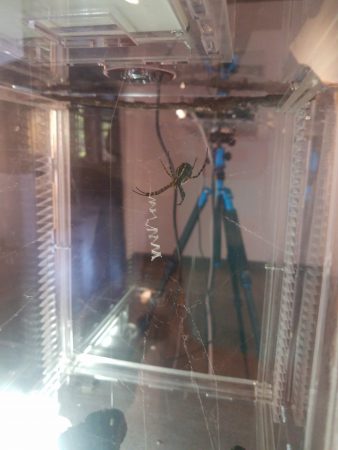 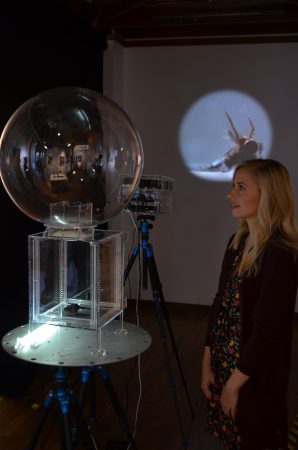 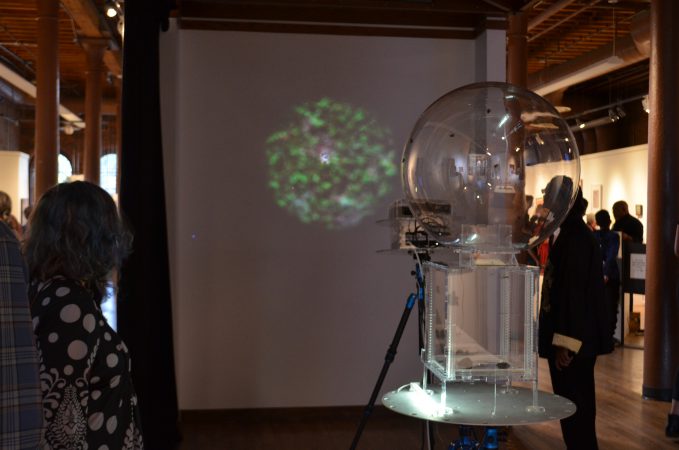 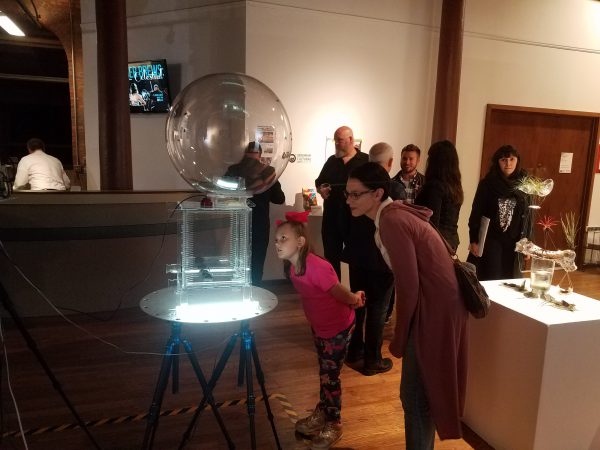 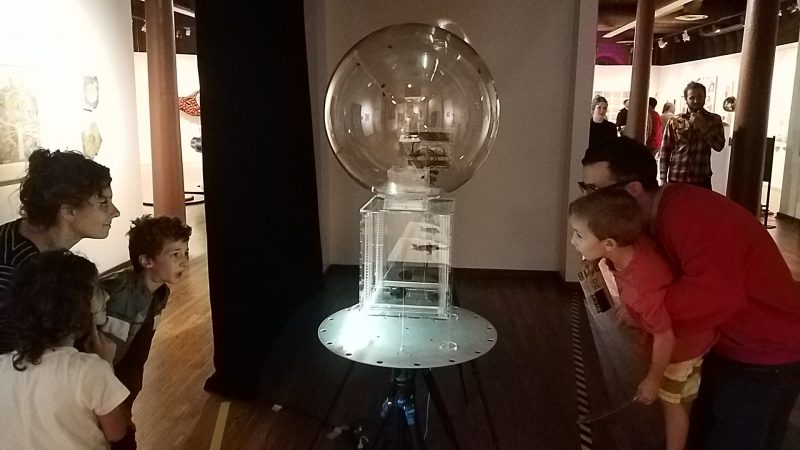 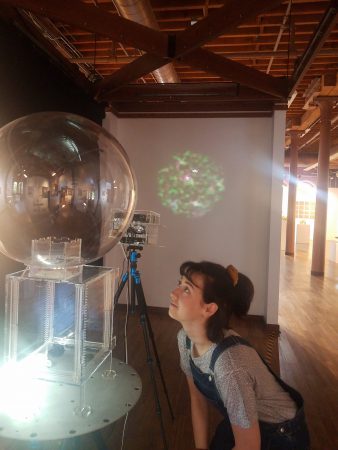 Spider Haus Movies is an interactive algorithmic video work allowing a spider to control a film about spiders.

When the living spider is still and not moving on the web (which is what they mostly do), the projector plays a film about spiders. The film is a view through a magnifying lens, with video footage of spiders in my garden.

It is mixed and cut with videos of spiders watching over their young, spiders capturing and eating prey and architecting webs.

Some films were selected from footage I located on Vimeo from other filmmakers who are also interested in the stunning beauty of spiders.

There is a web camera monitoring the spider’s movements. When the spider moves, the camera, interfaced with a computer, focuses on the living spider and projects that to the wall of the installation. Instead of the film about spiders, the new focus becomes the living spider, moving, eating, and capturing.

In this living installation, the spider and code monitoring the camera for movement also allow the spider to activate a miniature door to feed itself with flies housed in a round clear globe.

In this work, I wanted to amplify the spider walking on the web as I tried to make that delicate communication medium apparent to the viewers.

“Numerous animals use vibrations propagating through a substrate to communicate with conspecifics, predators, or prey. This mode of communication has reached extraordinary heights in insects and spiders, where it is highly sophisticated and remarkably diverse in function.” 1

While many animals use vibration, spiders are considered the arthropod masters of using vibration to communicate. Most species have sensitive mechanoreceptors in their cuticles-called slit sense organs, in which miniature grooves can deform in response to mechanical stimuli, such as strains imposed by the movement and vibrations of captured insects and potential mates.

By walking and moving on the web in this new work of art/science, the spider can also control feeding time.

This creates a feedback loop of action, response, and behavior for the spider’s world, though it also affects algorithmic filmmaking/editing for human pleasure and viewing.

The film becomes and mash-up of cultural constructions of “spider” from the point of view of numerous filmmakers and a living system sculpture. 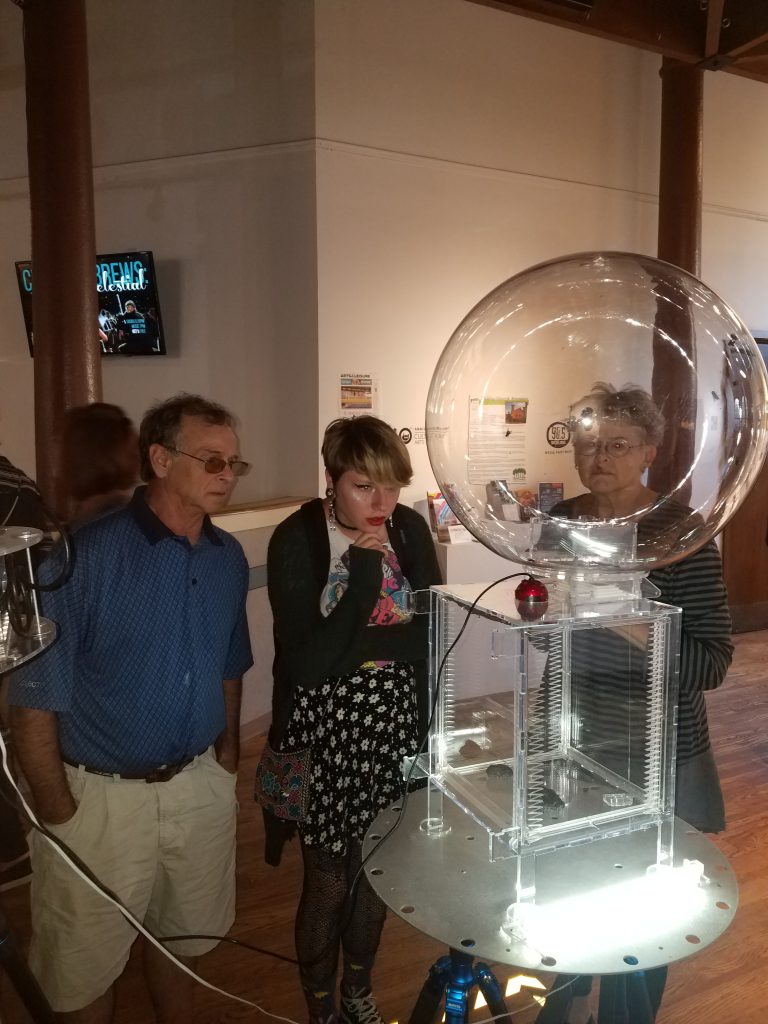 It allows us to realize that the film about spiders and even the “real spider” are constructions of our current understanding of these ancient creatures and we have much to learn from the 200 million years they have been evolving on this earth.

Special Thanks to George Keeney of the Ohio State Insectary

Common house spider, Common house fly (Most universities have access to these in their insect research areas.)

This work can be displayed in a slightly darkened room with a screen or white wall for projection.