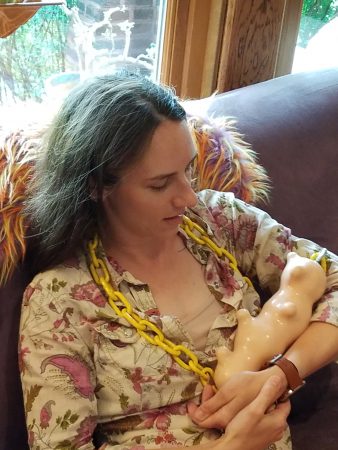 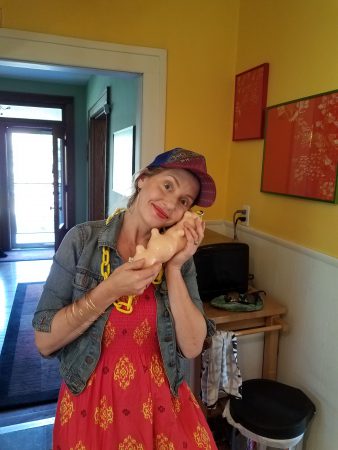 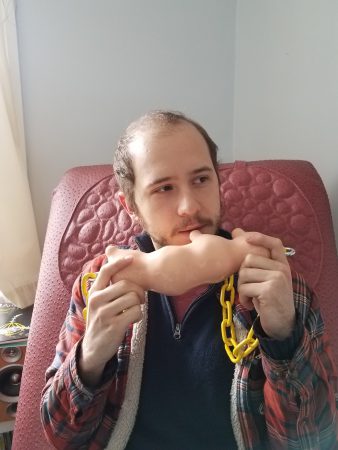 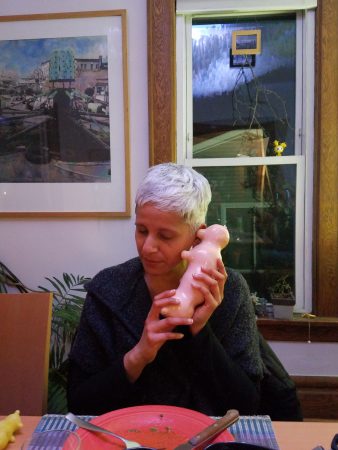 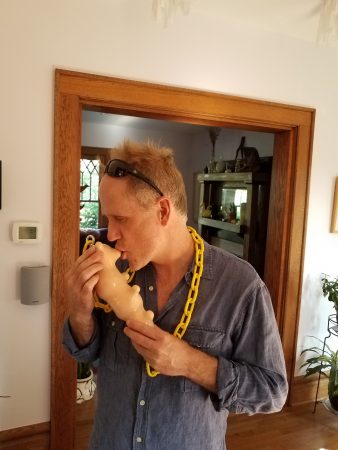 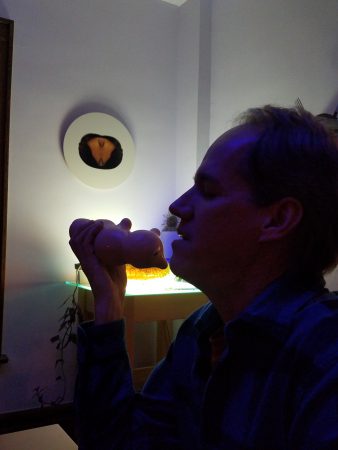 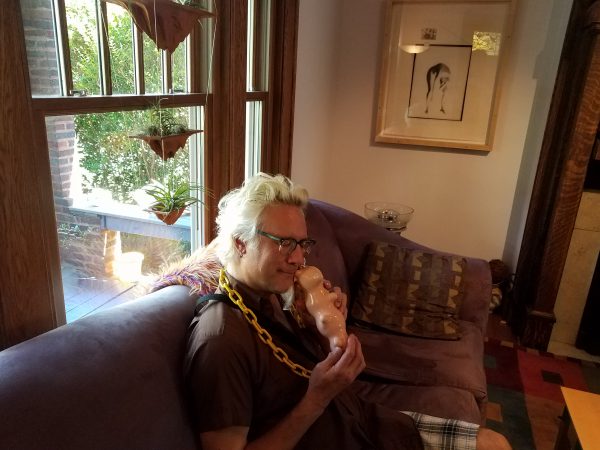 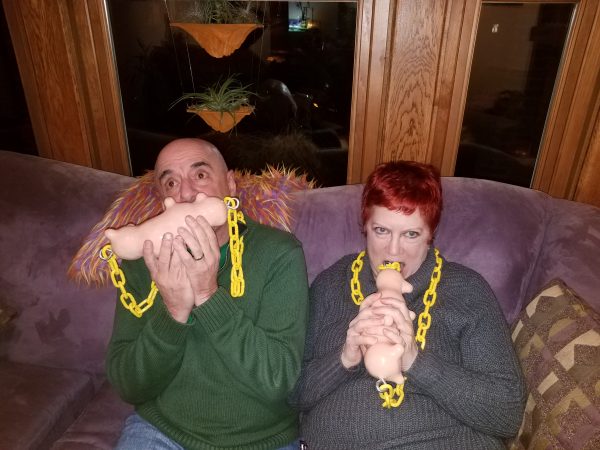 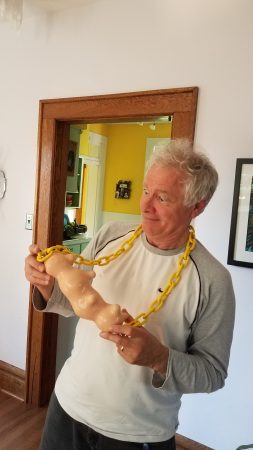 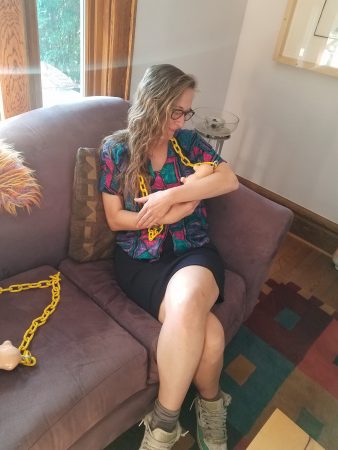 The Suckle Bots are a series of cuddly robots about the size of a human fetus.

As with all mammals they have multiple nipples and are intended as chewelry for adults. Mothering behavior is accepted as a primary way to change your brain and is THE central physiological act to alter our brain both structurally, functionally and neurologically.

Breastfeeding mothers and babies are often called a dyad. Here two individuals become attuned to each other through affection and feeding and can be thought of as a kind of unit composed of two individuals.

Scientists have referred to this as ‘limbic regulation’ as it is a remarkable natural phenomenon whereby the mother and (now father) can neurologically and chemically be in sync with their artificial Suckle Bot.

The San Francisco University brain plasticity expert, Michael Merzenich has researched breastfeeding.  He describes this act as a form of changing one’s identity, for a child (and now robot) and mother/father that can irreversibly alter both brains in the process.

They are created with a soft latex pink rubber and feel like human skin.

Rapley and Murkett in 2012 have found that breastfeeding actually forges new neurochemical pathways in the mother and (now father’s brain) that can create and reinforce maternal behavior. This is aided by chemical imprinting and also allows a massive increase in oxytocin.

Hahn-Holbrook 2011 has found that these changes can result in a motivated and highly attentive, and aggressively protected brain that can compel the breastfeeding individual to alter their priorities in life. There is also a hormonal cascade making the mom and now dad wants to respond to their Suckle Bot and helping them more effectively be attentive to the Suckle Bots needs, as well as the needs of others in the creation of nurturance and mutually supportive behaviors.

It is a well-proven fact now that when a mother nurses, her blood oxytocin levels will remarkably increase and her body makes more receptors that permanently increase her/his feelings of love, and her/his ability to feel loved by the other. To give you another example of oxytocin’s potency, male prairie voles were given a shot of oxytocin and were converted from sex seeking bachelors into nurturing husbands and fathers.

In 2006, the researching male prairie voles, Ellison discovered that roving-eyed males can be converted into nurturing husbands and fathers, given a shot of oxytocin. 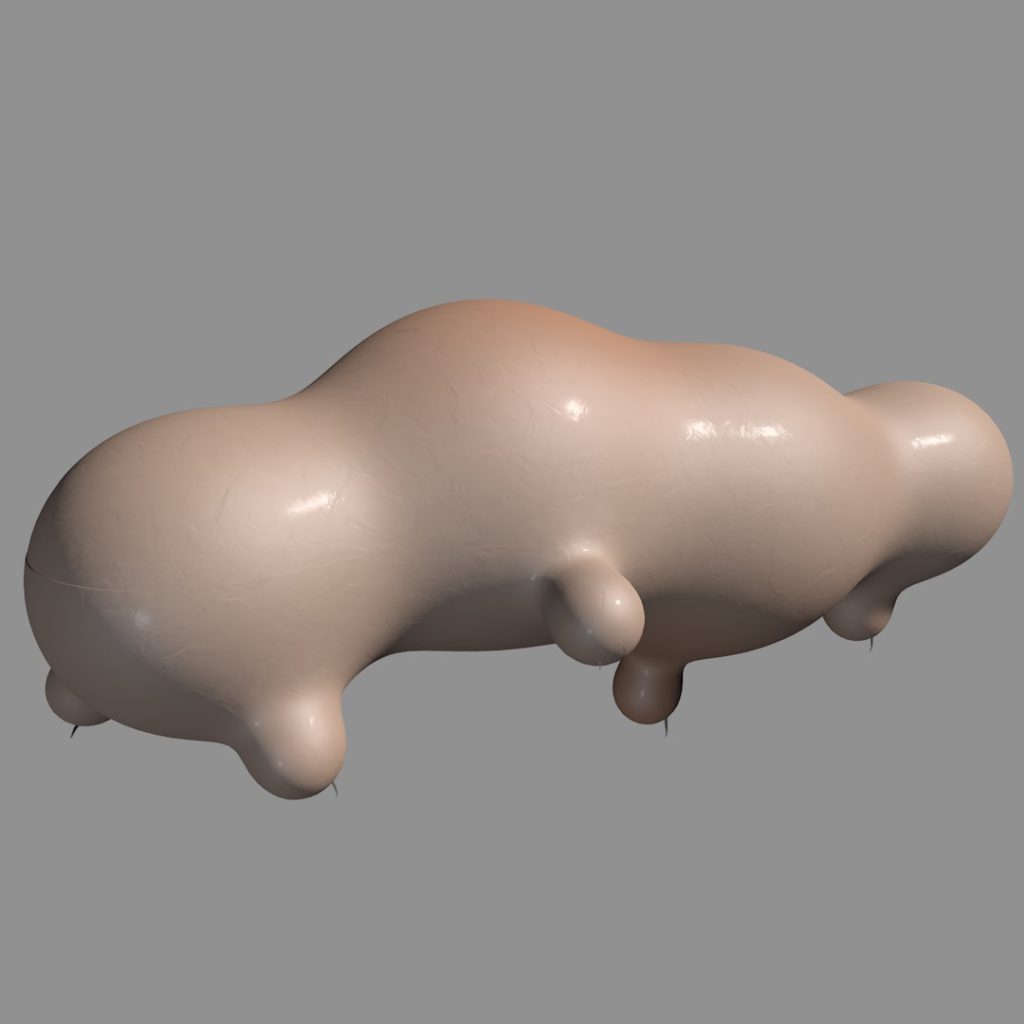 In an age, where we are dependent on our cell phones and other electronic devices that often bring us bad news, these are designed as objects of affection and suckling, and can only increase happiness and care.

Some models are designed with a yellow chain to add street credibility and make it easier to carry them around to work.

Some models can take your own liquids and allow you to suckle and receive as you nurse them. Some models vibrate in response to suckling and pressure at the artificial nipples. 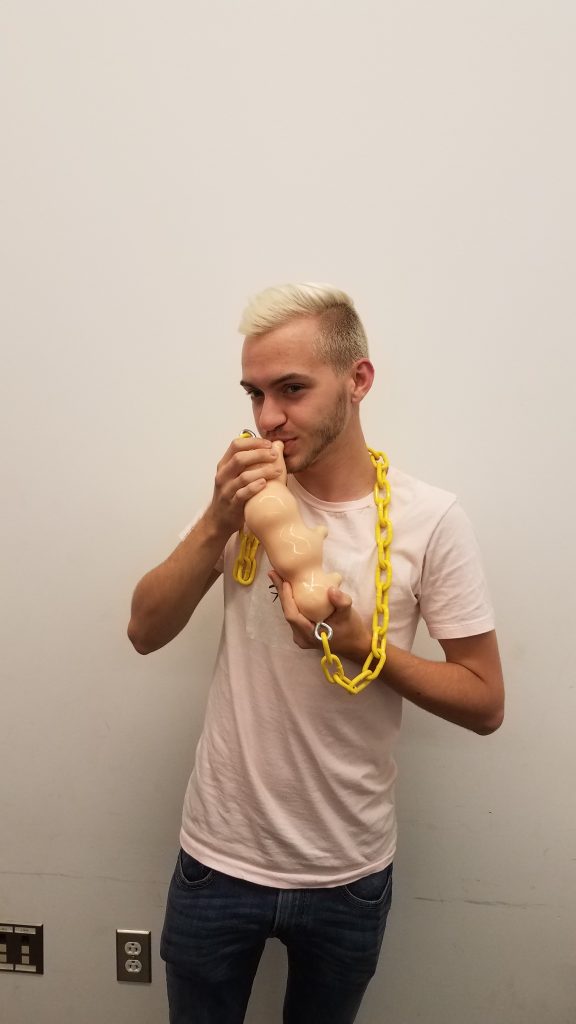 They can accept all liquids including breast milk and apple juice if you like. Other models have ripples around the nipples to allow bacterial seeding for the development of a healthy microbiome. Some models will have inserts for pill-based microbes to make your microbiome happy. As the microbiome and your overall health are also intertwined these may be the first health-based prosthetic Suckle Bots on the planet.

The Suckle Bots are also a fashion statement that says to the world “you are not afraid to be affectionate” to even an artificial robotic suckling device.

Suckling is at the heart of our survival as mammals. Indeed even the word for MAMA comes from the babies drawing air into its mouth while feeding on its mother’s breast milk.

For breastfeeding moms and now dads, it’s an uplifting act. The longer and more often a baby or adult suckles, the more it can trigger the prolactin-oxytocin responses in the mother and father’s brain. this can increase and create elevated numbers of connections. Pretty soon, the mother/father forges enough receptors that she/he can feel natural breasts tingling and leaking at the sight, sound, or merely passing thought of a nursing baby. 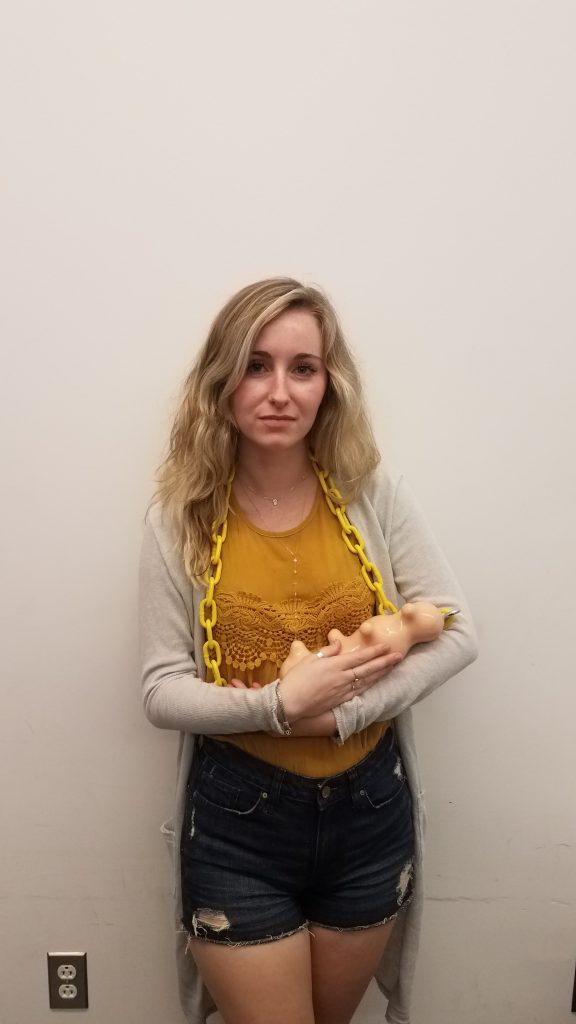 A Warwick University study discovered: “Breastfeeding causes a massive increase in communication between the neurons, coordinating a ‘swarm’ of oxytocin factories producing intense bursts of the hormone”.
It is now time to realize that we can have all these benefits with the Suckle Bots as adults.

With the Suckle Bots, you can be sure you will always have a soft companion to awaken your mothering instincts.

They can be used anywhere, and as the times are changing, they are now completely respectable to have in public.

Rather than dessert and sugar, you can use the Suckle Bots to allow you to displace that sugar craving, lose weight, as you will find your urges for candy and lollipops are just not as strong when you use these affection devices.

They also feel quite nice in other parts of the body such as your ear. They are great for couples to have a moment suckling together.

They can bring you back to your childhood no matter how you suckled.

There are smaller Sucklebots and they are available in various sizes in various colors and represent a full family of hugable and suckable robots.

They can be used as meditative devices in thinking about other things. 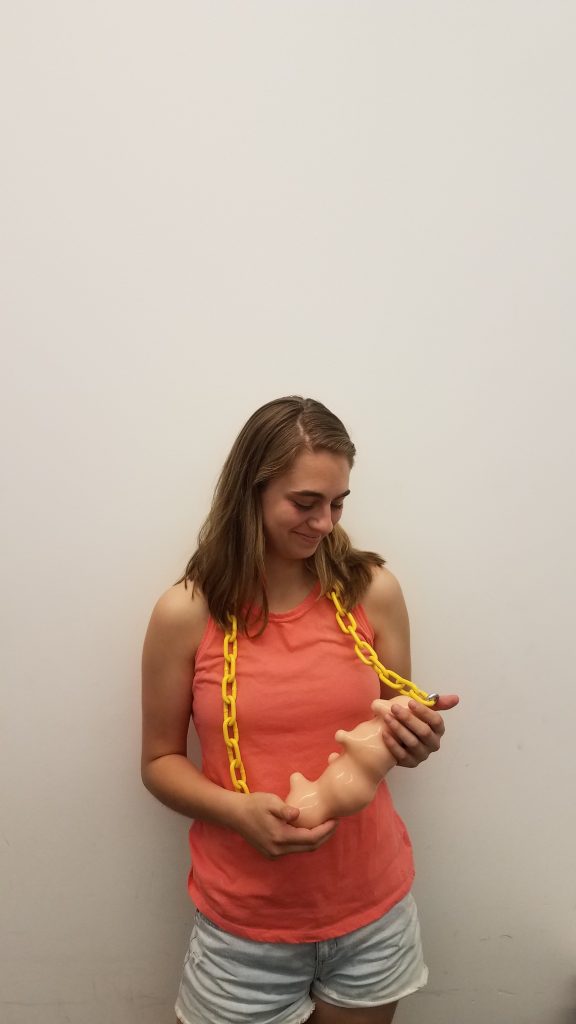 And can be used quickly at home or at school.

They are digitally modeled, rapid prototyped and coated with liquid latex rubber.

They can also be shared by couples and can create shared bonding experiences.