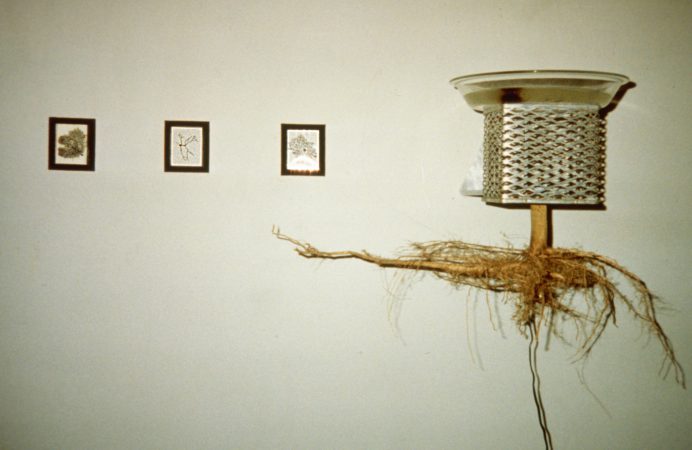 As you approach this piece, a passive infrared sensor turns a light on, which projects the worms and tree forms onto the walls and ceiling.

The tubifex worms, the stars of this piece, demonstrate a form of supra organization in which these single individual tubifex worms act together to form a group consciousness of thousands of worms.

The gaggle sends out exploratory tentacles projecting from the edge of undulating masses, which resemble magnified striated muscle cells.

These collective fingers swell over the edge of the plate and back into other writhing gatherings if you touch one worm in a bunch, the whole mass contracts like a flinching muscle. 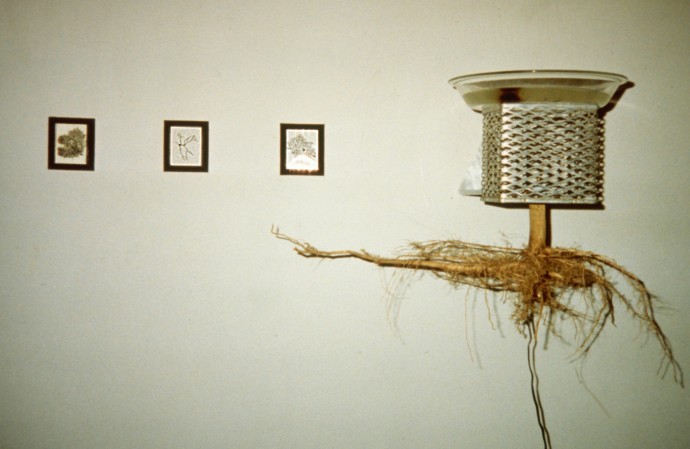 Scientists have now “discovered” Earthworms form herds and make group decisions. According to research published in the journal Ethology, earthworms use touch to communicate and influence each other’s behavior. By doing so, the worms collectively decide to travel in the same direction as part of a single herd. In April 2010, Ms. Lara Zirbes a Ph.D. student at the University of Liege in Gembloux, Belgium, discovered this behavior. However, science does not look to the art/sciences for precedents given my work was published in 1992.

In this work, five and six clumps will form in a dish like mini sea anemones. When one swarm reacts, the few worms that are invariably touching the other clumps contract, and soon the whole glass plate has exploded with worms heading off in every direction; a kind of primitive escape mode. Soon the worms have collected together again to act as a single creature. 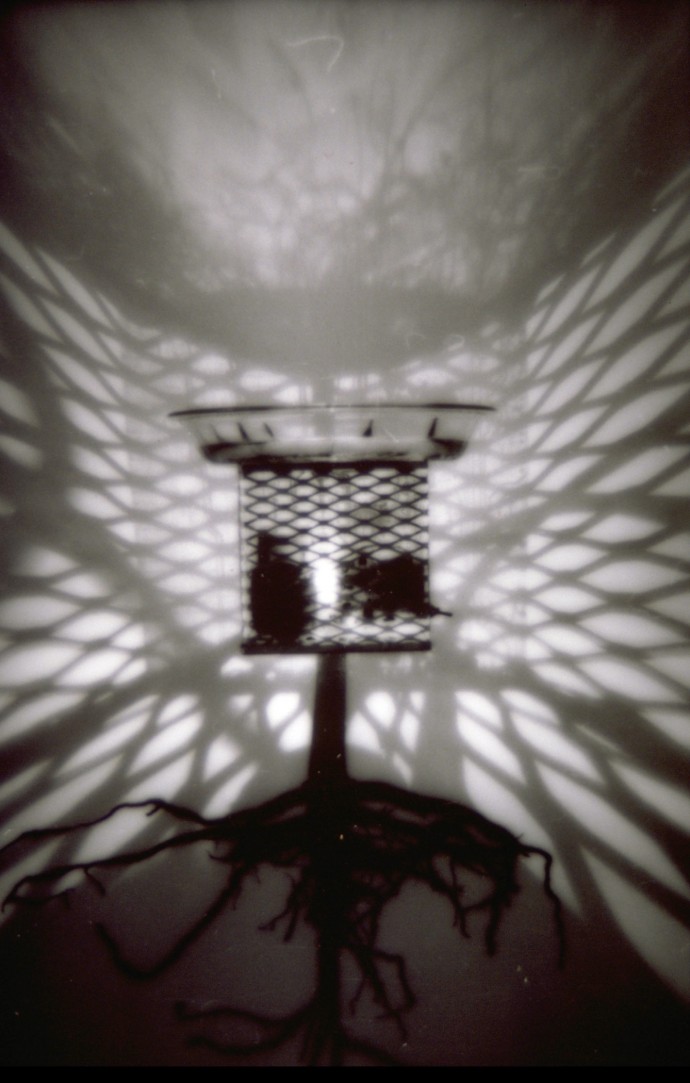 The roots, worms, and circuit boards in this work point to the all-pervasive tree structure as the most efficient matter, energy, and information distribution network.

Passive infrared sensor, rewired to a small point source of light illuminates in response to human subjects and simultaneously triggers lights to go out.

Full-size room with no intervening sound or projections. AC 115-220 HZ.

The work requires tubifex worms, drinking water. Work should be flushed once per day.