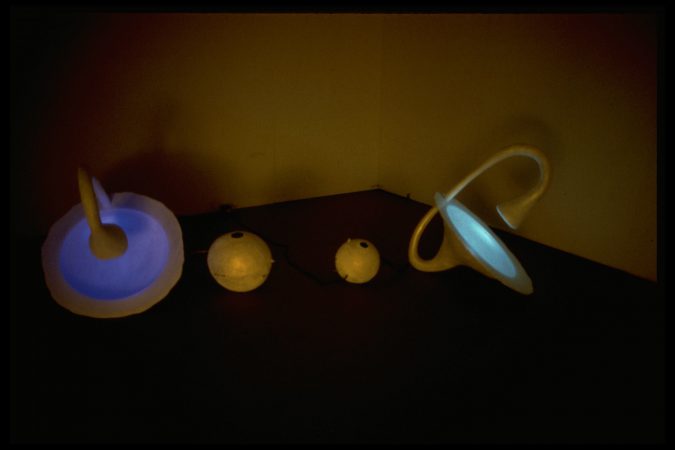 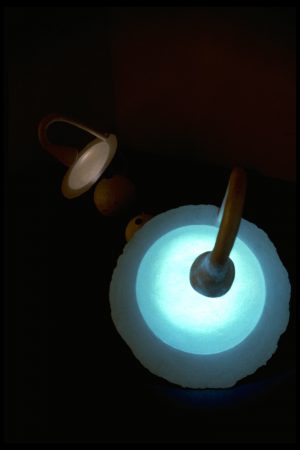 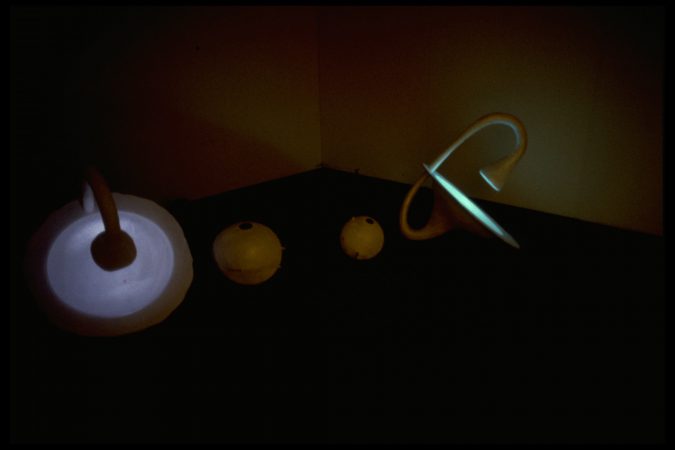 Watchers are two ambient light sculptures concerned with the rhythmic nature of television light and how it is used to seduce and compel the viewer into a kind of hypnotic and passive inaction. 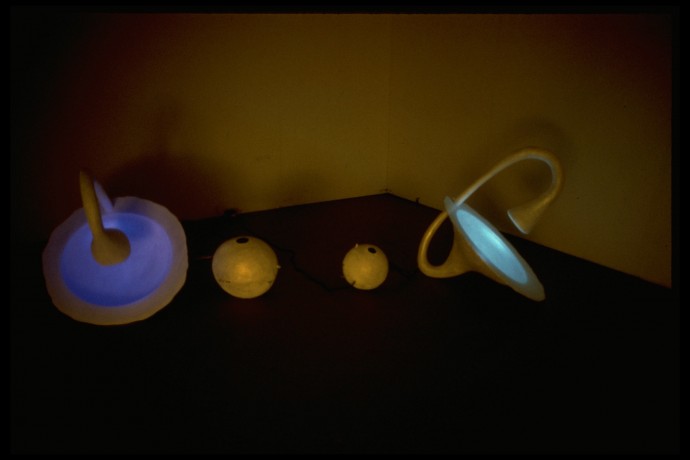 Detection of movement has been at the core of our survival and ironically it creates an embalmed behavior that allows easy seduction by the rapid flashing movement of television light. Indeed, the edge of the eye to the retina is sensitive mostly to movement.

These works are not concerned with the media images per se but the means by which producers can affect our behavior with rapid-fire cuts, frenetic dark light patterning, and sequences of complementary colors.

Paul Virilio’s notions seem apropos here as the medium is no doubt designed to infect rather than inform, and so the medium joins with vestiges of our perceptual being to seduce our vision.

The forms themselves incorporate rewired TV’s and are roughly based on the structures of the human eye. The TV’s are encased in forms which project the TV light onto parabolic lenses which accentuate this light while removing the images. 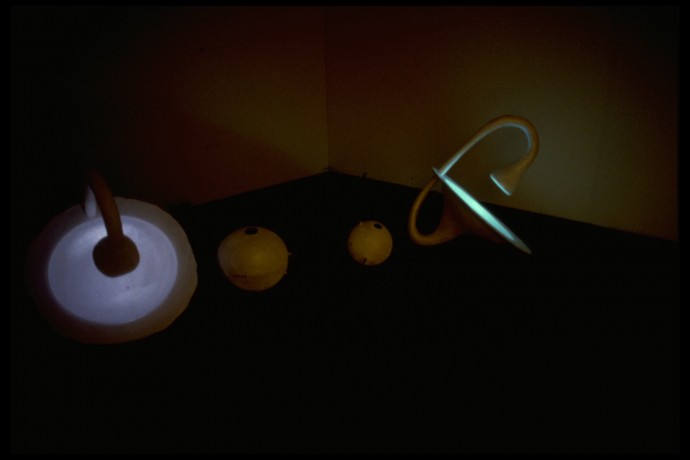 One-piece uses black and white and one a color TV. The rounded eyeball form itself is outside the loop of seeing and is meant to imply that perception occurs but real understanding does not.

This work is emblematic of Marshall McLuhan’s notion that the medium is the massage/message.

It is not what we see but how we see that determines the power of any medium.

Here one element of the power of the medium is removed and distilled from it’s “content” to point to the medium’s ability to manipulate the body and it’s perceptual systems.