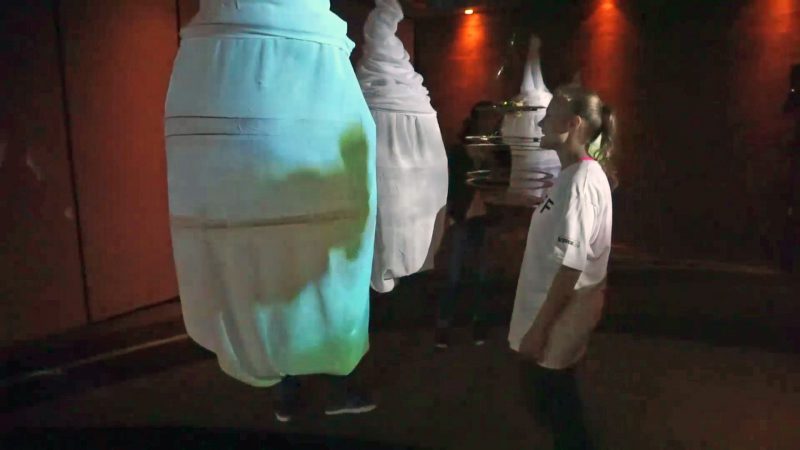 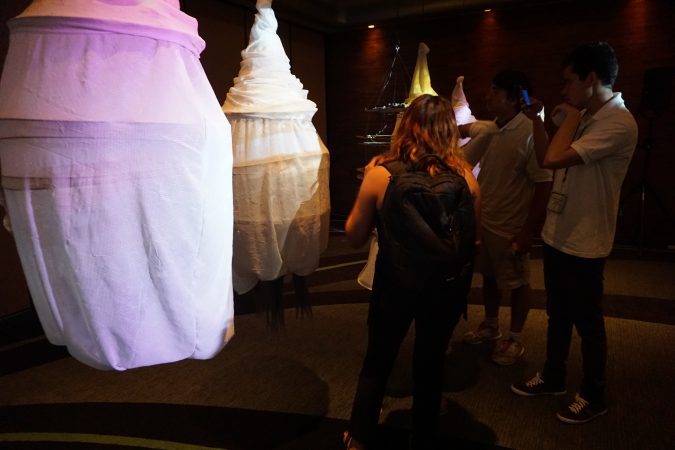 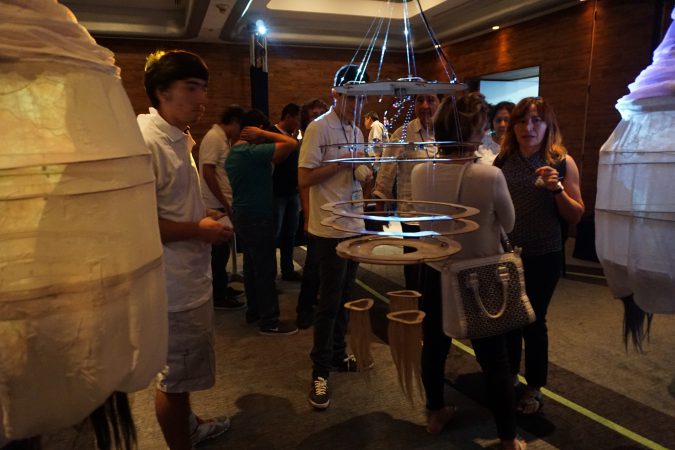 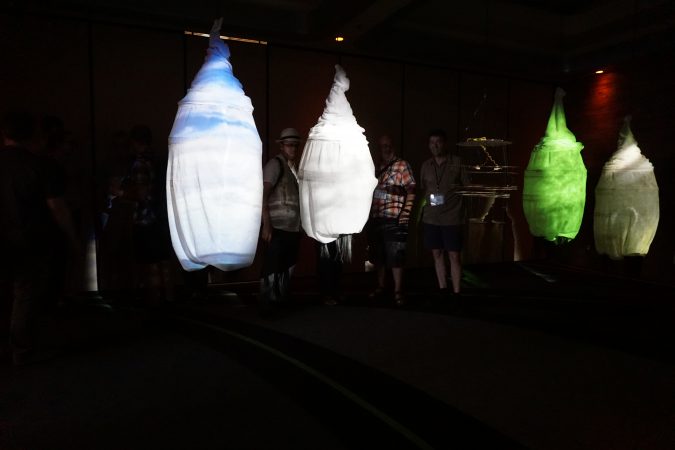 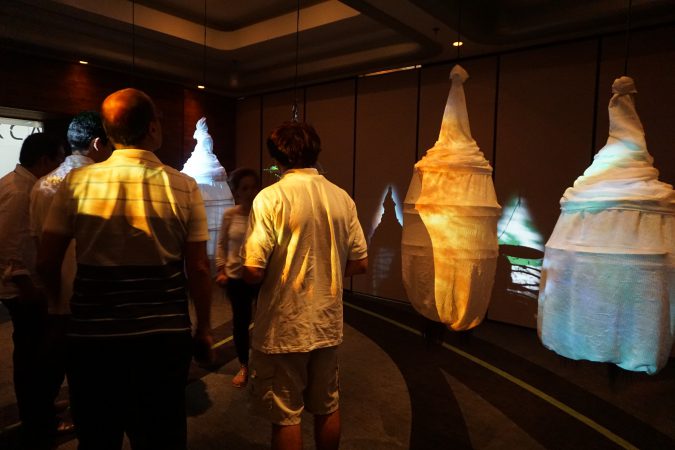 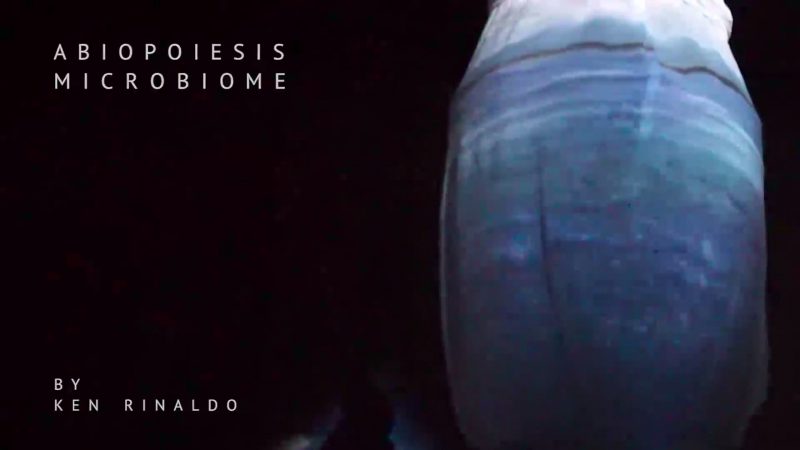 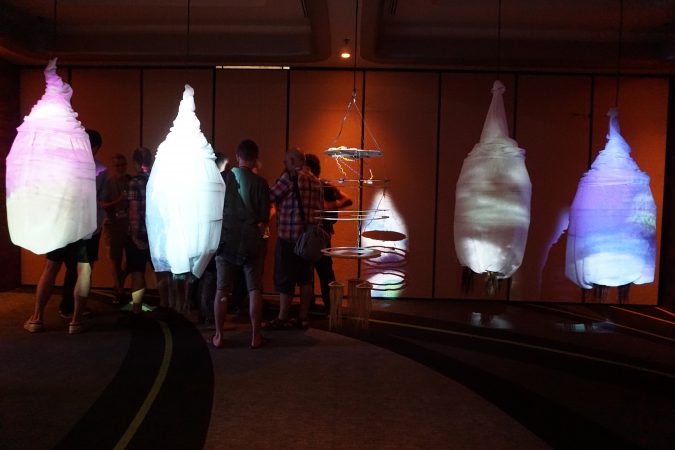 It is an artificial life installation of 5-bacterial forms breathing and undulating up and down. Live weather data connected in real-time to the world wide web, change the video textures projection-mapped onto these forms and the sonic environment.   Machine and natural sounds are intermixed and processed through a granulator. The granulator affects the nature of the generative sound and weather data and selects video based on wind speed, water temperature, and air temperature.

At times the soundscape consists of granulated machine sound amplifying an anthropogenic moment, and twitching and the speed of the machine/animal voices is like machines speaking their first words or animals expressing in machine tongues.

The critical juncture we have passed of 400 PPM parts per million greenhouse gases CO2 in our atmosphere impacts global weather uncertainty and warming.  Machine-produced CO2 is one of the primary drivers of recent climate change, though others believe methane is more dangerous.

According to data from the Mauna Loa Observatory in Hawaii, scientists are now looking at the relationship between the global weather, environment, and the microbes that play a significant role in the worldwide planet weather cycles and global warming. In recent research out of Georgia Tech in measuring our upper atmosphere, they reported: “Viable bacterial cells represented, on average, around 20 percent of the total particles detected in size range of 0.25 to 1 microns in diameter. By at least one order of magnitude, bacteria outnumbered fungi in the samples, and the researchers detected 17 different bacteria taxa—including some capable of metabolizing the carbon compounds ubiquitous in the atmosphere—such as oxalic acid.”

17 % of methane pollution is rumored to come from anthropogenic dumping of green waste that could otherwise be recycled.

This artificial life installation creates a relationship between actual global weather data  (mediated by bacteria, algae, and viruses) and the output’s sonic and video components.

Robots’ textures are mapped with videos of nature/machine culture.  The sonic environment is realized by natural and machine sounds meeting algorithmic processing. Cellular automaton controlling actual video and sonic elements as the work evolves in real-time.

Each work has a unique projection that reveals and abstracts the weather into the body language of the form. Clouds, oceans, and forests in different states of change create texture and behavior and affect the the form.

At times the works will be peaceful, responding to undulating ocean data in the vicinity of the exhibition and other semi-chaotic weather data.

The sonic and sound environment will also be generative and related to the turbulence of global weather using granular synthesis to take existing weather-related sounds and transform them into sonic landscapes. 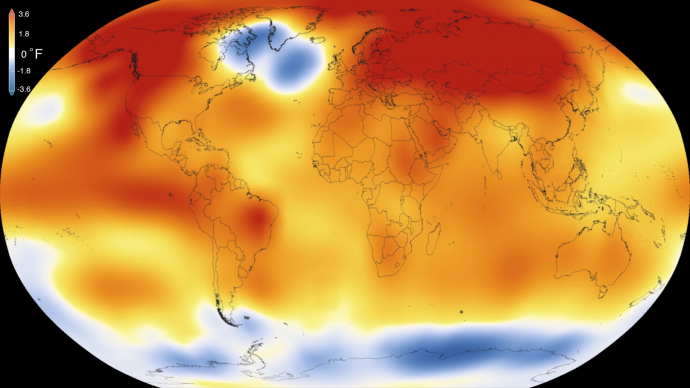 As a chaotic system, the atmosphere can have minor changes to one part of the system and grow to have significant effects on the overall system. This makes predicting the weather more than a few days in advance difficult, though forecasters are extending this limit through the scientific study of climate and meteorology. It is theoretically impossible to make useful day-to-day predictions more than two weeks ahead, imposing an upper limit on the potential for improved prediction skills.

As the weather is a fundamental process that shapes the Earth, breaking down rocks and soils into fragments and their constituent substances. During precipitation, the droplets absorb and dissolve carbon dioxide from the surrounding air. As the rainwater is slightly acidic, this aids the erosive properties of water. The released sediment and chemicals then take part in chemical reactions that affect the surface further (such as acid rain), and sodium and chloride ions (salt) are deposited in the seas/oceans. The sediment reform in time and by geological forces into other rocks and soils. In this way, weather plays a significant role in the erosion of the surface of the planet and the reworking of the earth.

A University of Queensland microbiologist is part of an international team identifying a bacterial gene that may affect climate and weather.

Weather is related to living systems in several ways; it is thermodynamically open as it exchanges energy and/or mass with its environment. It exhibits dynamic behavior that is not at or near equilibrium and undergoing continuous change. It shows nonlinear dynamics where parts and structures emerge from positive and negative feedback loops. Emergence (Crutchfield 1994), the theory of emergence, says the ” whole is greater than the sum of the parts.”

Convection currents, cellular dynamics, + food webs are examples of emergent phenomena related to changes in weather, and these are all symbiotically intertwined with bacterial, algae, and virus cultures.

In thinking of our biology as a species, I like to say we are not individuals though we are clouds of bacterial cultures.

Likewise, I believe we can see weather and the global microbiome as a massively distributed entity, where we now know that marine microbes “are responsible for 99% of the cycling of the world’s gases and nutrients and 50% of the world’s primary productivity. Given the vital role of ocean microbes in maintaining life, getting to grips with the impact of environmental change such as increasing ocean acidity on them is extremely important,” 2

This distributed, cloud-controlled robotic series will pioneer and celebrate this interrelationship. 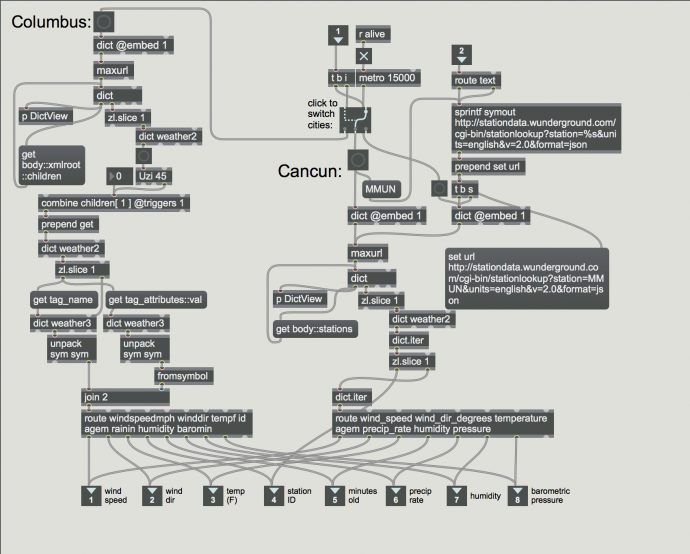 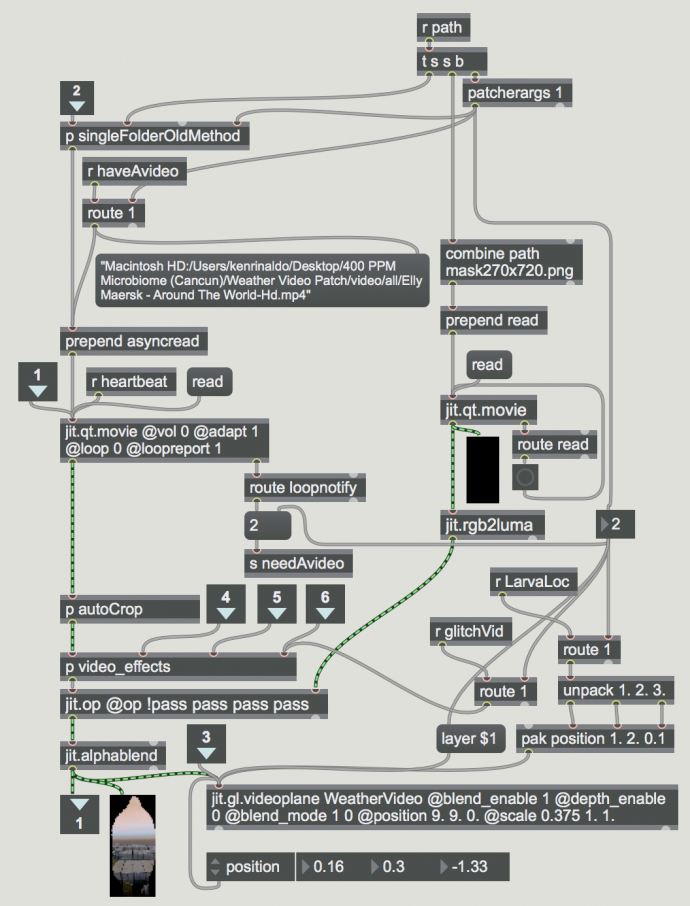 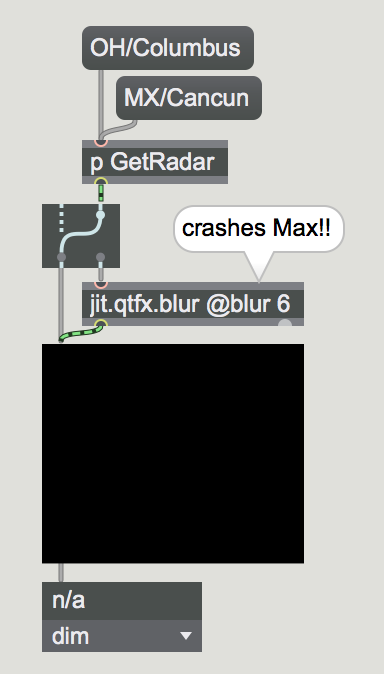 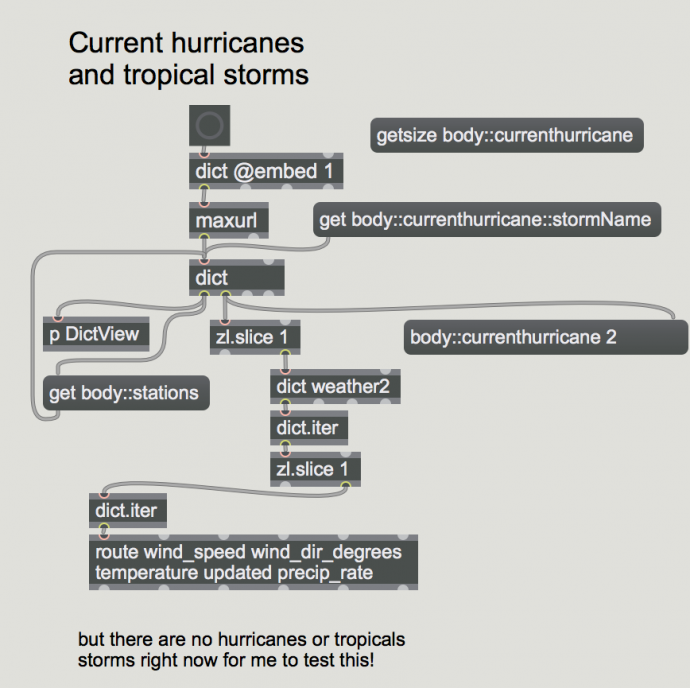 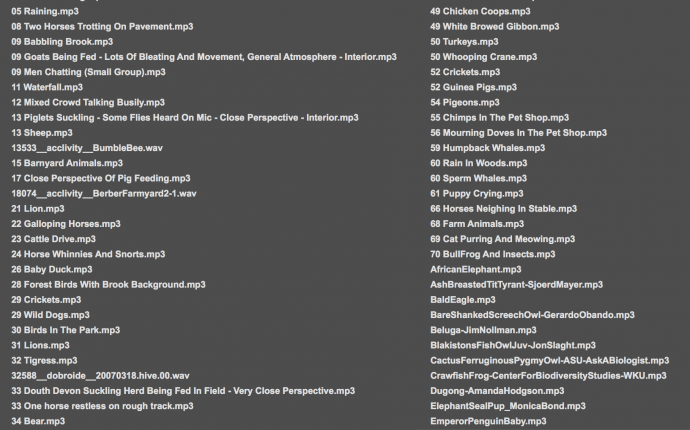 Special Thanks to Curator Iliana Mendoza de Froese for inviting and funding this new installation work.